Zimbabwe is not alone, 34 million people in the US... 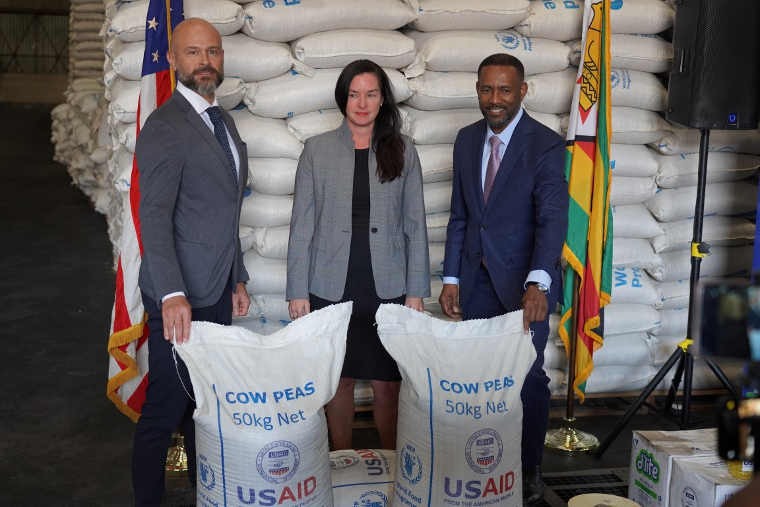 While the local media is awash with news about the United States Agency for International Development (USAID) and the World Food Programme pumping millions to feed hungry Zimbabweans, no one seems to be talking about the more than 34 million US citizens that are also food insecure.

USAID is said to be donating US$36.7 million for food aid to Zimbabwe and intends to make sure that the food aid is not politicised.

The money is expected to provide food for 700 000 people in eight districts in the country. A total of 3.8 million Zimbabweans are said to be food insecure.

But Zimbabwe is not alone. According to Feedingamerica.org, more than 34 million people, including 9 million children, in the United States are food insecure.

It says these figures are from the United States Department of Agriculture.

Ironically food insecurity is high among families with children and communities of colour.

“Every community in the country is home to families who face hunger. But rural communities are especially hard hit by hunger,” feedingamerica.org says.

“Many households that experience food insecurity do not qualify for federal nutrition programs and visit their local food banks and other food programs for extra support.

“Hunger in African American, Latino, and  Native American communities is higher because of systemic racial injustice,” it says.

According to the Household Food Security in the United States report for 2021 released by the US Department of Agriculture last month, 10.2% of US households (13.5 million households) were food insecure at some time  during the year in 2021.

It says: “Food insecurity means that households were, at times, unable to acquire adequate

food for one or more household members because they had insufficient money and other resources for food.

“Most food-insecure households—those classified as having low food security (but not very low food security)—avoided substantial reductions or disruptions in food intake, in some cases by relying on a few basic foods and reducing variety in their diets.

“Very low food security means that households were food insecure to the extent that eating patterns of one or more household members were disrupted and their food intake reduced, at least some time during the year, because they could not afford enough food.”