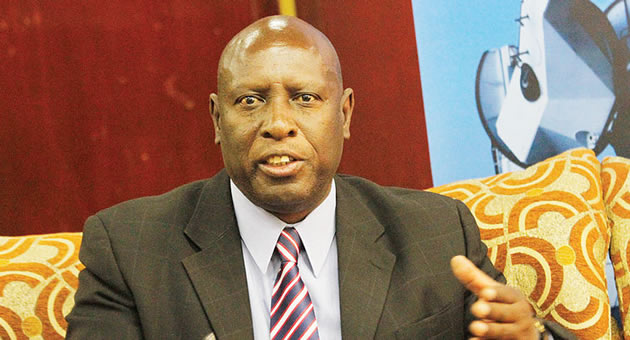 The Zimbabwe government has put $600 million worth of the country’s critical power projects in the hands of a middleman accused of drug trafficking, and awarded big contracts to companies that are bankrupt or facing corruption charges.

The bulk of these contracts have gone to Intratrek, whose executive chairman, Ibrahim Yusuf, has a history tainted by drugs charges in Zambia and even the sale of unapproved circumcision devices in South Africa.

Intratrek, with no record in energy itself, is a middleman for a string of contractors. An investigation by The Source reveals that some of these companies are in fact bankrupt, facing charges of fraud and bribery, and may not have the capacity to raise the money to complete the projects as they claimed.

Yusuf, described on his company website as “the driving force behind the business”, is named in multiple police affidavits in Zambia as being part of a drug ring.

An investigation in 2010 by the Mail & Guardian newspaper identified Yusuf as a seller of “pill packages” used by Mandrax smugglers. Yusuf had been named in a 1985 Zambian court judgment and Zambia’s Drug Enforcement Commission was quoted by the M&G as saying Yusuf “is a well-known drug trafficker.”

Besides the drug allegations, a 2002 article in Zambia’s Post newspaper also reported that Zambia’s Drug Enforcement Commission (DEC) wanted Yusuf for stealing from the Zambian government. Yusuf denies everything.

In 2001, Yusuf established Intratrek, a commodities company. South African media reports from 2010 say he had “exclusive distribution rights” to the Tara Klamp, described as “a questionable male circumcision device” used by the Kwazulu-Natal government without World Health Organisation approval.

One former associate, Anash Latchman, who worked with Intratrek from December 2006 to late 2007, was quoted as saying: “I found it strange that Intratrek had no employees.”

Despite this history, the Zimbabwe government has awarded Yusuf and Intratrek multi-million dollar contracts to restore some of the country’s most essential energy installations.

The deals awarded to Intratrek and its partners include; a $73 million refurbishment of the Harare power station; a $163 million project to restore Munyati power station; a new $128 million hydropower station at Gairezi; and a $202 million 100MW solar power plant in Gwanda.

Last week, a Parliamentary committee on energy heard how the State Procurement Board (SPB) had awarded tenders for power plants, prepaid meters and other services in energy to companies with no capacity to deliver.  SPB chairman Buzwani Mothobi has admitted to flaws in the tendering process and said the board would “relook” at some of the contracts.

The rot in energy contracts is best reflected in the way the Gwanda solar plant contract has been handled.

In 2014, Intratrek announced it was partnering a company called Green Solar Europa to build a solar power station for $350 million. However, after the project went to tender, the State Procurement Board awarded the contract to China Jiangxi Corporation. The company won the deal after presenting the lowest bid of $184 million.

Soon afterwards, ZPC approached Jiangxi and demanded that it partner Intratrek, a losing bidder. In its initial formal bid, Intratrek had charged $248 million for the project, but ZPC now said the company, together with another losing bidder ZTE, had somehow agreed to lower their prices to match Jiangxi’s.

To add to the confusion, the SPB then wrote to Jiangxi in July 2014, informing the company that the deal was in fact now cancelled, purportedly because Jiangxi had suddenly raised its price from $184 million to $207 million.

In October 2015, it was announced that Intratrek was now the winner of the Gwanda contract. When initially reported that month, the contract was said to be worth $171 million. However, at the signing of the deal, just two weeks later that October, the deal was now reported at $202 million.

There was no explanation on the $30 million discrepancy, or on how Intratrek had managed to swing from its initial announcement of $350 million, down to the $248 million in its first tender, further down to Jiangxi’s $184 million, and then, inside a two-week period, from $171 million to $202 million.

Intratrek itself has no experience in building power stations. It is one of many agents in Zimbabwe that act as middlemen between the Zimbabwe government and the foreign contractors who get lucrative government deals.

Those familiar with SPB tender processes suggest outfits such as Intratrek get a cut from the contractors for placing bids and winning tenders on their behalf. The middlemen know how to work the state tendering system and get paid for that.

However, asked in a radio interview in April how he makes his money, Intratrek’s Zimbabwe representative Wicknell Chivayo claimed: “I’m surprised you would even ask me that because I’m all over the papers signing big deals. When you see me on ZBC signing a $123 million deal, I mean, that’s not a joke. What it means is that Zimbabwe Power Company is going to pay me $123 million, that’s what it means, literally.”

Zesa officals have recently raised concern over contracts awarded to Intratrek, but lawyers have warned them they face a lawsuit if they cancelled the deals.

Energy Minister Samuel Undenge insists all tenders have gone to the best bidders.  A Herald report, addressing criticism of the role of middlemen in tenders, said tender winners are “not compelled to demonstrate a track record in execution of energy projects”. These companies are only required to partner “credible, reliable competent technical partners”, the report said.

However, an investigation by The Source into Intratrek’s partners reveals a different picture. Some of the companies that won tenders are out of business, under investigation for fraud and bribery, or without experience in energy.

Green Solar Europa, which Intratrek lists as one of its key partners, is in fact bankrupt. According to 2015 filings before an insolvency court in Bremen, Germany, the process to liquidate the company began late last year. Claims against the company were to be presented by November 24 last year. A court sitting was scheduled for creditors on December 12.

In January this year, Indian authorities raided the premises of former Indian diplomat Deepak Vohra over his links with Angelique International. India’s Enforcement Directorate (ED), the country’s anti-money laundering agency, says it is investigating Vohra for his possible role in the payment of kickbacks “to politicians in some African countries for obtaining contracts” on behalf of Angelique International.

Separately, the Indian Eximbank has raised concern over Angelique International and Jaguar Overseas. According to the bank, the two are part of a group of “little-known companies” that have benefitted from “a large number of hugely concessional lines of credit extended by India to highly indebted poor, low and middle income countries in Africa”. The bank says it has “pointed this out to the ministries of finance and external affairs (of India)”.

According to Angelique International, its Africa businesses account for 60 percent of the company’s revenues.

Jaguar Overseas, which has a $73 million contract to refurbish the Harare thermal power station, is yet to raise money for the project. Despite this, Jaguar Overseas was still awarded the $163 million Munyati project. This raised concern within government, and a senior official is said to have raised a red flag over the Munyati contract and recommended a fresh tender. However SPB responded strongly in a letter, dismissing it as “irrational and illegal” and pressed on to award the contract.

There has been no response to our email to Jaguar Overseas for comment.

Because government has gone through middlemen, Zimbabwe is paying more for its power projects than it would have had it directly approached the contractors.-The Source