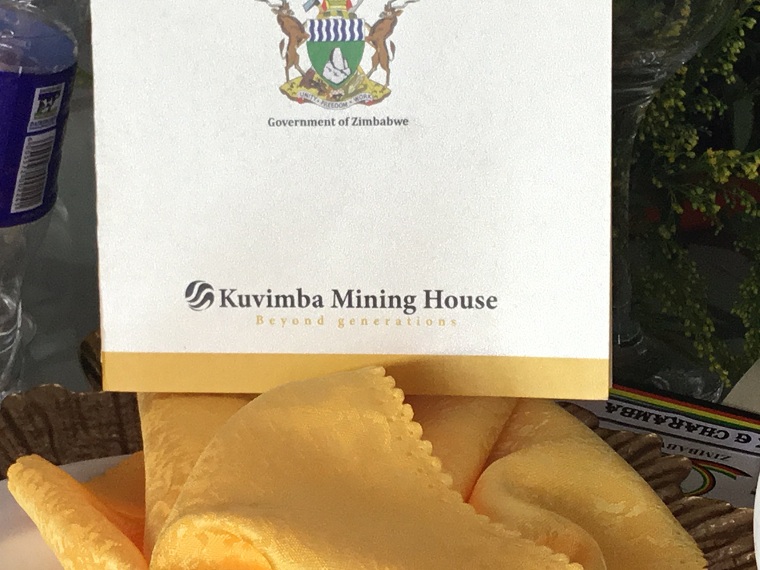 Kuvimba Mining House has paid out US$5.2 million in dividends to shareholders, less than a year after bringing some of the country’s biggest mining assets under its wing with government support.

From white former farmers, the insurance regulator, and Government, the shareholders that lined up to receive their dividend cheques today represent a broad range of interests, in a display of the company’s growing influence on the economy.

Government last year announced that 65% of the company was now in its hands and those of other local interests. The remaining 35% is held by a private investor. The company is Sotic International, the Mauritius-registered company through which Kuvimba acquired BNC and other assets.

Which local shareholders are involved and how they are sharing this maiden dividend?

The Government of Zimbabwe holds 21.5% equity in Kuvimba. Its share of the dividend is US$1.72 million. Government is the largest of the local shareholders.

12.5% of is held by a special compensation fund for white former farmers. The fund is raising money to pay white farmers as agreed last year under the Global Compensation Agreement, the US$3.5 billion deal signed between the Government and displaced white farmers in 2020.

According to Andy Pascoe, president of the Commercial Farmers Union, farmers had raised doubts about the shareholding in “unknown ventures, unknown proceeds”. But he said they take the dividend as a “seed”.