Zimbabwe given 3 months to come up with bill forcing...

Zimbabwe has been given three months to come up with a bill that enforces public offers to declare their assets.

The order was given by High Court Judge Jacob Manzunzu after opposition legislator Allan Norman Markham took Justice Minister Ziyambi Ziyambi and Attorney-General Prince Machaya to court for failing to implement section 198 of the country’s constitution, seven years after it was adopted.

Section 198 which is about legislation to enforce the principles of public administration and leadership states:

An Act of Parliament must provide measures to enforce the provisions of this Chapter, including measures—

(a) requiring public officers to make regular disclosures of their assets;

(b) establishing codes of conduct to be observed by public officers;

(c) specifying the standards of good corporate governance to be observed by government-controlled entities and other commercial entities owned or wholly controlled by the State;

(d) providing for the disciplining of persons who contravene the provisions of this Chapter or of any code of conduct or standard referred to in paragraph (b).

Markham had asked that the Bill be gazetted within 45 days but the judge gave the Minister three months saying the time frame had to be realistic.

Below is the full judgment: 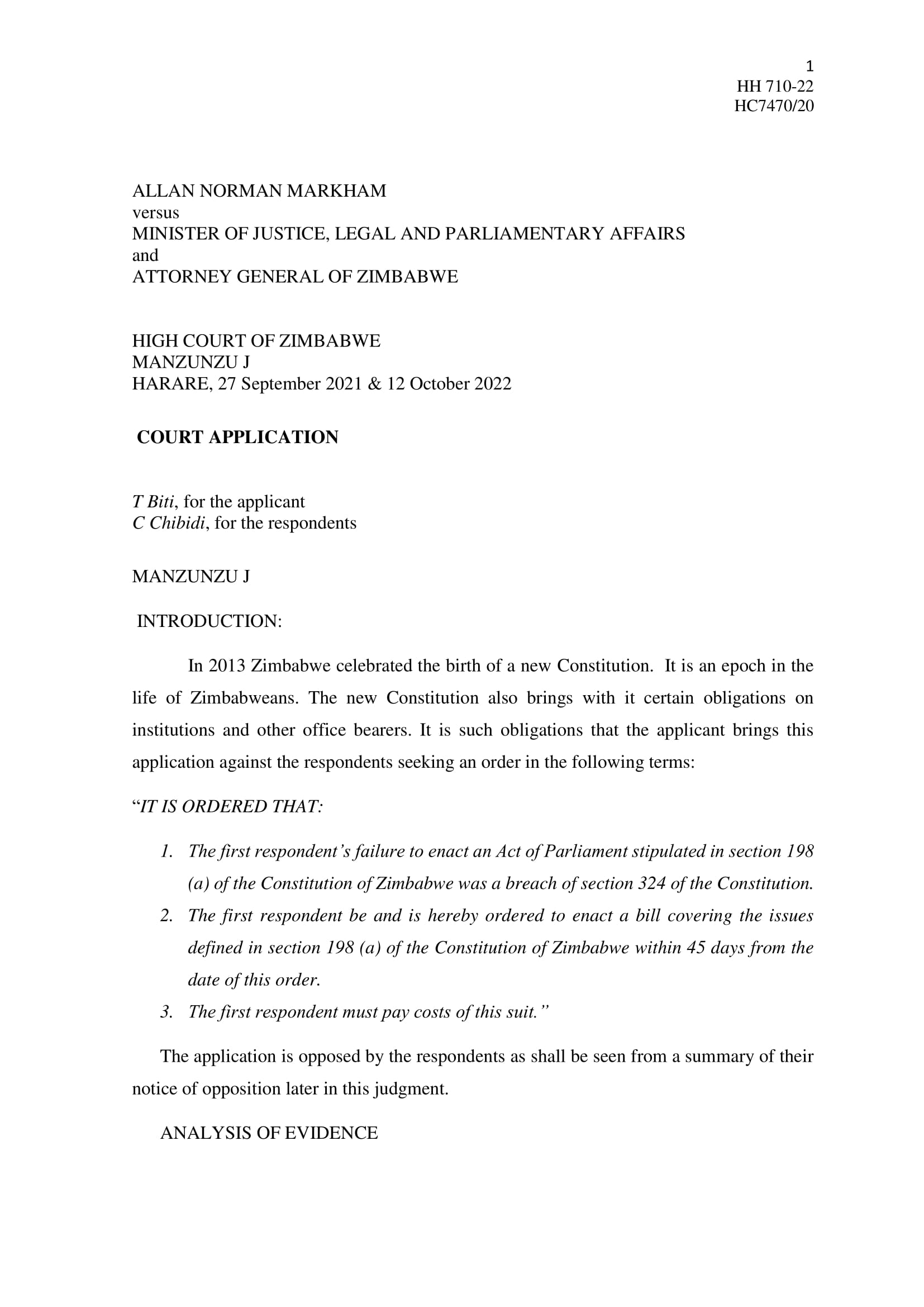