Zimbabwe doctors and nurses now coming back, it is cold... 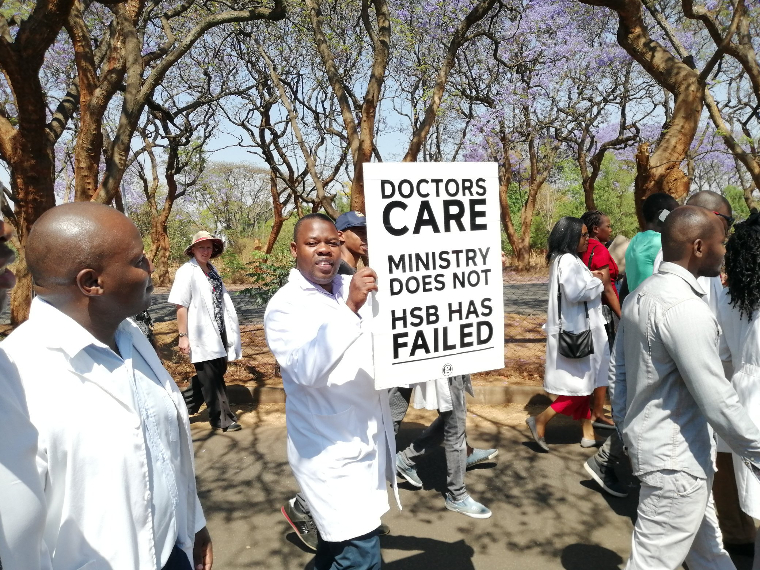 Zimbabwe Vice-President Constantino Chiwenga yesterday told Parliament that Zimbabwe’s doctors and nurses who had flocked out of the country were coming back.

He was speaking during the committee stage of the Health Services Amendment bill where he said Zimbabwe was professionalising its health services to be among the best in the world as this was attracting professionals back.

More than 2000 health professionals are said to have left the country last year.

Chiwenga said it was not going to be easy but Zimbabwe would eventually have one of the best health services in the world.

“What are you going to be known for when you are gone, when I am gone, when she is gone, wakasiya waitei? So what we are saying is independent, you cannot say now in the Executive there is an independent commission.

“We are putting everything to make sure that all our members, professionals – why they were running away; why they were so disgruntled is because Hon. Labode and others when they were still running the hospitals, they put administrators who had doctorates like me but I am not a doctor and say go and run Parirenyatwa Group of Hospitals.

“We want to put professionals.  This is why we structured the Ministry of Health.  If you now come and see – this is why it is now completely different. Hospitals are being run by professors and physicians.  That is their job, to run the hospitals.  Everybody else who has got no business in the hospital is out.

“We have restructured the hospitals to where we have the medical gaps, a clinic and then a district.  In between the clinic and the district, we have now put two hospitals; one, a 20 bed hospital with two theatres and another, a 60 bed hospital with three theatres.  So it is not an overnight thing Hon. Hwende.  I think you are seeing on our – if you have a chance even on the social media, it is there, we have just finished Harare South.  We are now building the Cowdry and we will be building hospitals in between the district hospitals.

“When you go to Lupane Hospital, it is different.  We are putting accommodation for a floor sweeper to a professor who will be running that hospital.  The structures which were there, some left by the regime which we kicked out of our country in 1980, they were not concerned about health workers.  These are the things which we are correcting.

“When we say conditions of service, we are talking of accommodation, transport, and salaries come at the tail end.  We want to deal with what it is that the doctor or the professional in the hospital wants.  Equipment, we are now buying – it is a matter of time.  We do not want to shout about it that we are now re-equipped; we have bought the equipment for the hospitals.  We want you to see it.

“This is why our professionals are now starting to see reality and this is what we are pleading with you as Hon. Members of Parliament to say let us pass the Bill as what we have recommended.  We have not changed anything – this will be the best health delivery system in the world.”