The Zimbabwe foreign currency auction system today allotted US$44.8 million to 880 businesses bringing the total amount so far handled by the auction in its first year to U$1.5 billion.

The local currency fell by 12 cents from last week.

The forex auction has been lauded for bringing sanity back into the Zimbabwean market  has seen inflation drop from a peak of 837.5% in July last year to 162% last month.

The inflation rate for June should be out any day but United States economist put it at 62.05% today.

It was down to 60.98 on 15 June the day the Zimbabwe National Statistics Agency usually collects its data for the month.

It appears, however, that some quarters are not happy with the progress made so far as the social media was rife with reports that foreign currency was no longer legal tender in Zimbabwe.

The Reserve Bank of Zimbabwe was forced to issue a statement denying this.

“The Bank has noted with serious concern the continued circulation of false and malicious articles on social media alleging that Zimbabweans will no longer be able to pay for goods and services in foreign currency, particularly one article captioned “Foreign currency no longer legal tender’. These articles and statements are false and should be treated with the contempt they deserve, as there is no policy or law that prohibits the use of foreign currency in Zimbabwe as alleged,” the bank said.

“The articles are at the behest of irresponsible, mischievous and malicious people who are always bent on purveying false statements calculated to cause unnecessary anxiety, panic, alarm and despondency within the economy. The statements are also calculated to discredit Government and the Bank’s progressive efforts and achievements in stabilising and growing the economy.

“The Bank wishes to reiterate that the public can pay for goods and services in local currency or foreign currency in accordance with the laws of the country and that they should ignore the malicious rumours being circulated on social media.”

The World Bank has predicted that Zimbabwe’s economy will grow by 3.9% this year but the International Monetary Fund put it higher at 6% while Zimbabwe treasury says it will grow by 7.4%. 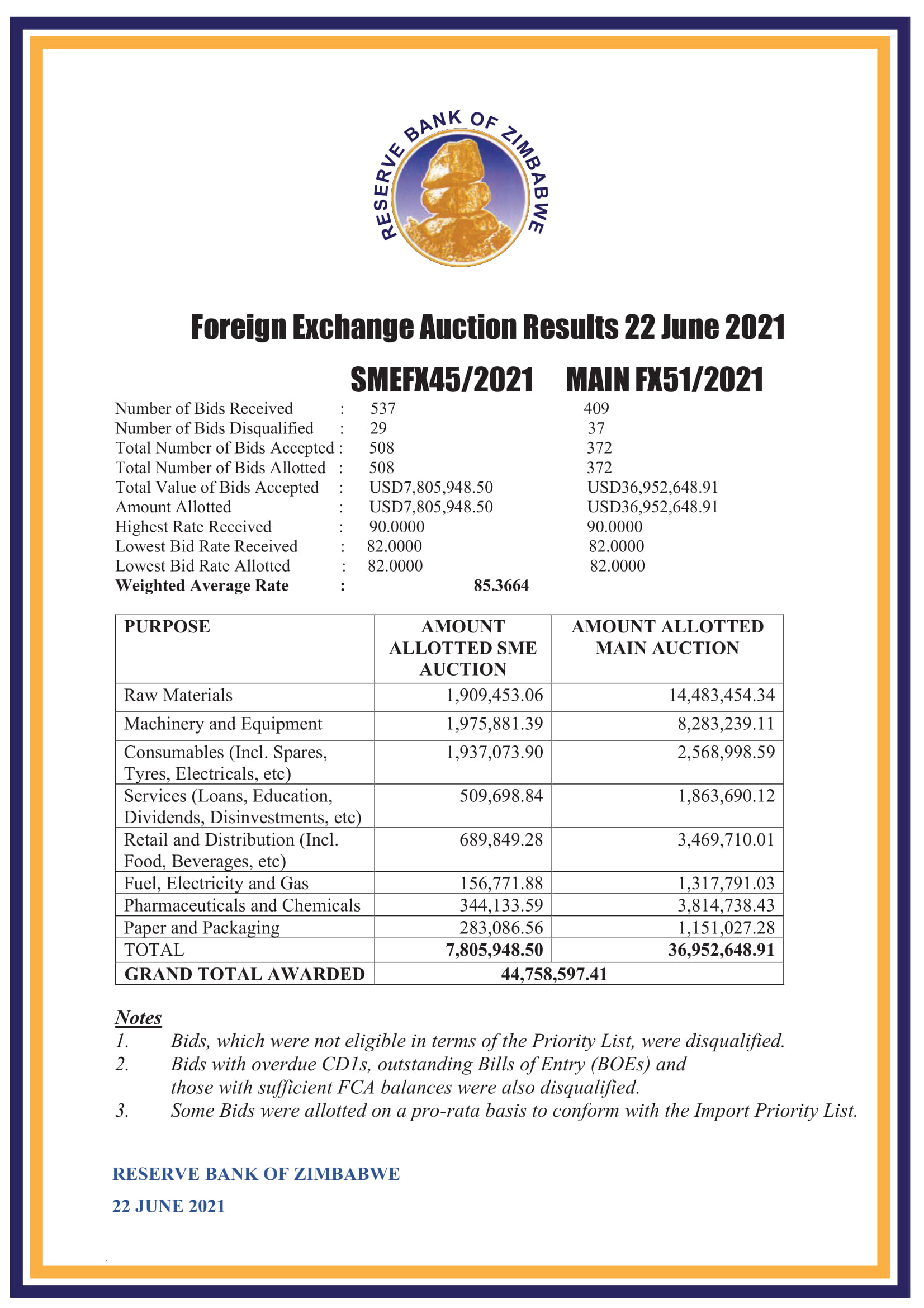