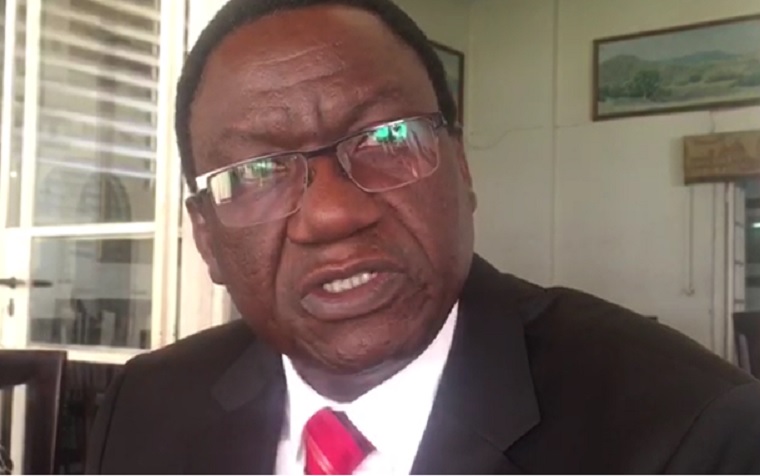 Zimbabwe’s Deputy Minister of Information Kindness Paradza yesterday said the country was drafting a Media Practitioners’ Bill to protect professional journalists from chancers, pretenders and impostors who have polluted the media landscape.

He said this in a ministerial statement where he also lamented the prevalence of brown envelope journalism which he said went up to editor level.

“In order to promote sanity within the media industry, this administration is also drafting, together with the relevant stakeholders, the proposed Media Practitioners’ Bill. This Bill is meant to protect professional journalists from chancers, pretenders and impostors’ who have polluted the media landscape masquerading as professional media practitioners,” Paradza said.

“Having said that Hon. Speaker, it is unfortunate that our media is still toxic. There is rampant polarisation in our media sector and this is affecting our national image as a country. In some instances, professionalism as we know it has gone to the dogs. Professional conduct of some of the practitioners has been compromised due to undue influence from both political and business players, resulting in subjective reporting instead of being objective.

“In some cases, our journalists have fallen victims to those with money and have been bribed with khaki envelopes,” he said.

Asked to clarify the underlying causes for brown envelopes, Paradza said: “This is now a cancer within the media industry. It is actually sometimes not them who are asking for the brown envelops. It is some of our people who have some ulterior motive, they give bribes to our journalists to write positive stories about them or to write something against their opponents. As a Ministry, we have engaged those media houses to please make sure that this does not happen. However, it is difficult to control something which is done between two people. It is corruption and must be condemned and we condemn that as a Ministry.”

Independent legislator Temba Mliswa challenged Paradza to name the corrupt journalists and not to generalise on brown envelopes.

“As Parliament, let us have the integrity to discuss issues with facts and evidence because we will not get the integrity and dignity that is expected of us. These are allegations and let them use the word allegation. Hon. Paradza is a seasoned journalist. The question will be, show us the evidence that they are corrupt. Allegations of corruption do make us more of a credible institution. I know he is a great editor but I thought I would edit his speech.”

Paradza responded: “Thank you Hon. Mliswa for editing my script. My answer was based on the correspondence which we have received as a Ministry from some of the journalists themselves mentioning that so and so is getting brown envelops. It is not only journalists at the shop floor level or in newsrooms. They are saying even at editor levels, there are allegations that they are getting brown envelops. We have noticed that some of the people who are issuing brown envelops are receiving positive coverage. We are seized with the matter as Ministry and we are doing more investigations on that one.”