Zimbabwe dollar stable against US dollar

The Zimbabwe dollar maintained its stability against the United States dollar easing by nine cents at today’s foreign currency auction to average $85.5097 against last week’s $85.4234.

The central bank seems so confident of the stability that it introduced a $50 note months after this was announced.

A total of 840 bids worth US$42.3 million were approved, bringing the total so far allotted this year to US$961.9 million.

Business and some politicians have argued that the auction rate is being manipulated.

United States economist Steve Hanke says the black market rate is $142 to the greenback. He, however, says using that rate, inflation in Zimbabwe is now at 46.16%. 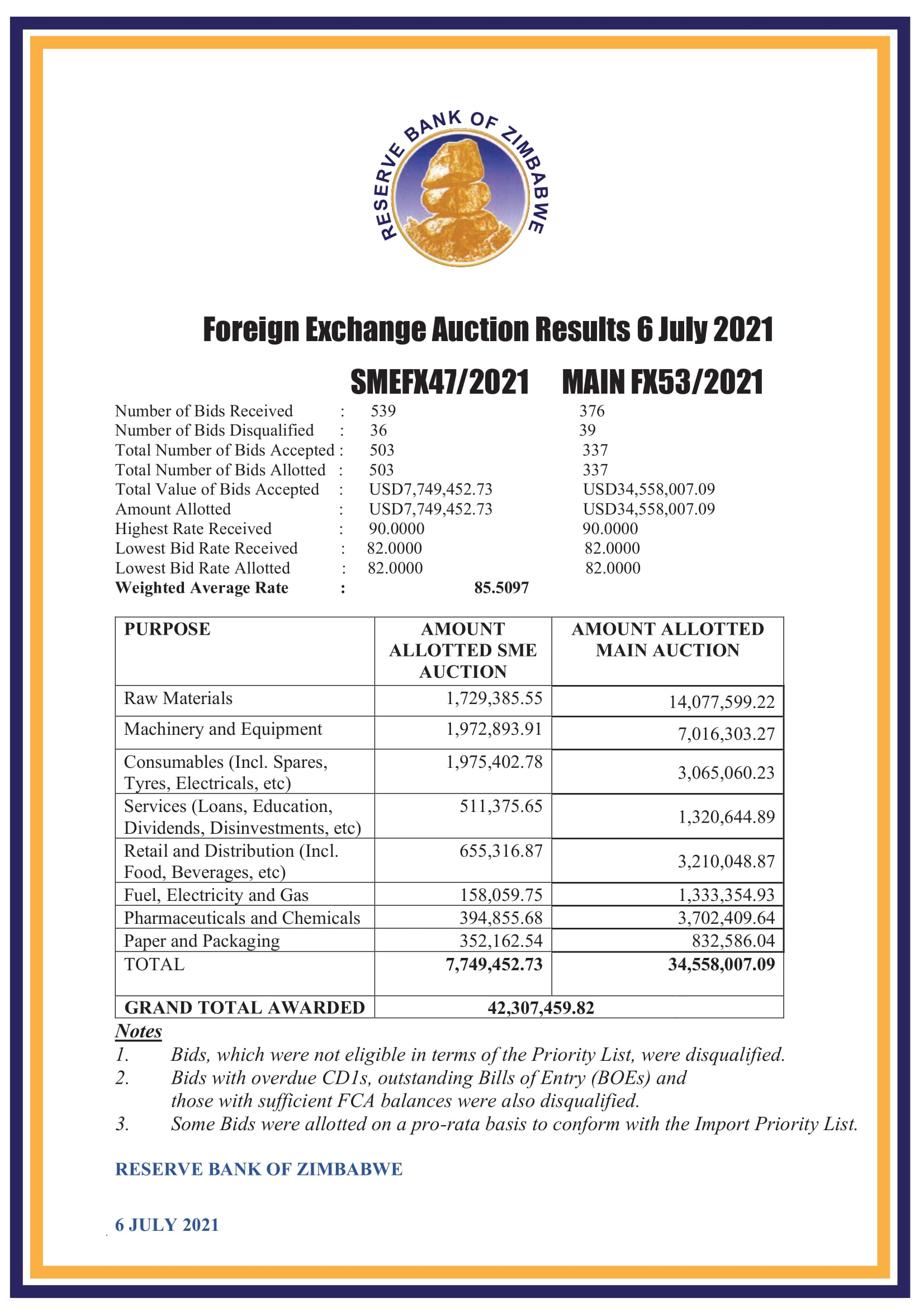