It is not clear what is pushing the blackmarket rate as the central bank has maintained its strict monetary measures and the government has blacklisted at least 19 companies that it accused of illegally dealing in foreign currency.

A total of US$13.1 million was allotted to 127 small and medium companies and 81 large firms today with the bulk, US$11.7 million going to the big companies.

Figures released by the central bank last week showed that the auction market now accounts for only 15% of foreign payments with most companies using their own foreign currency.

FCAs accounted for 83% of all foreign payments from January to October.

This raises the question of who is pushing the black market rate up? 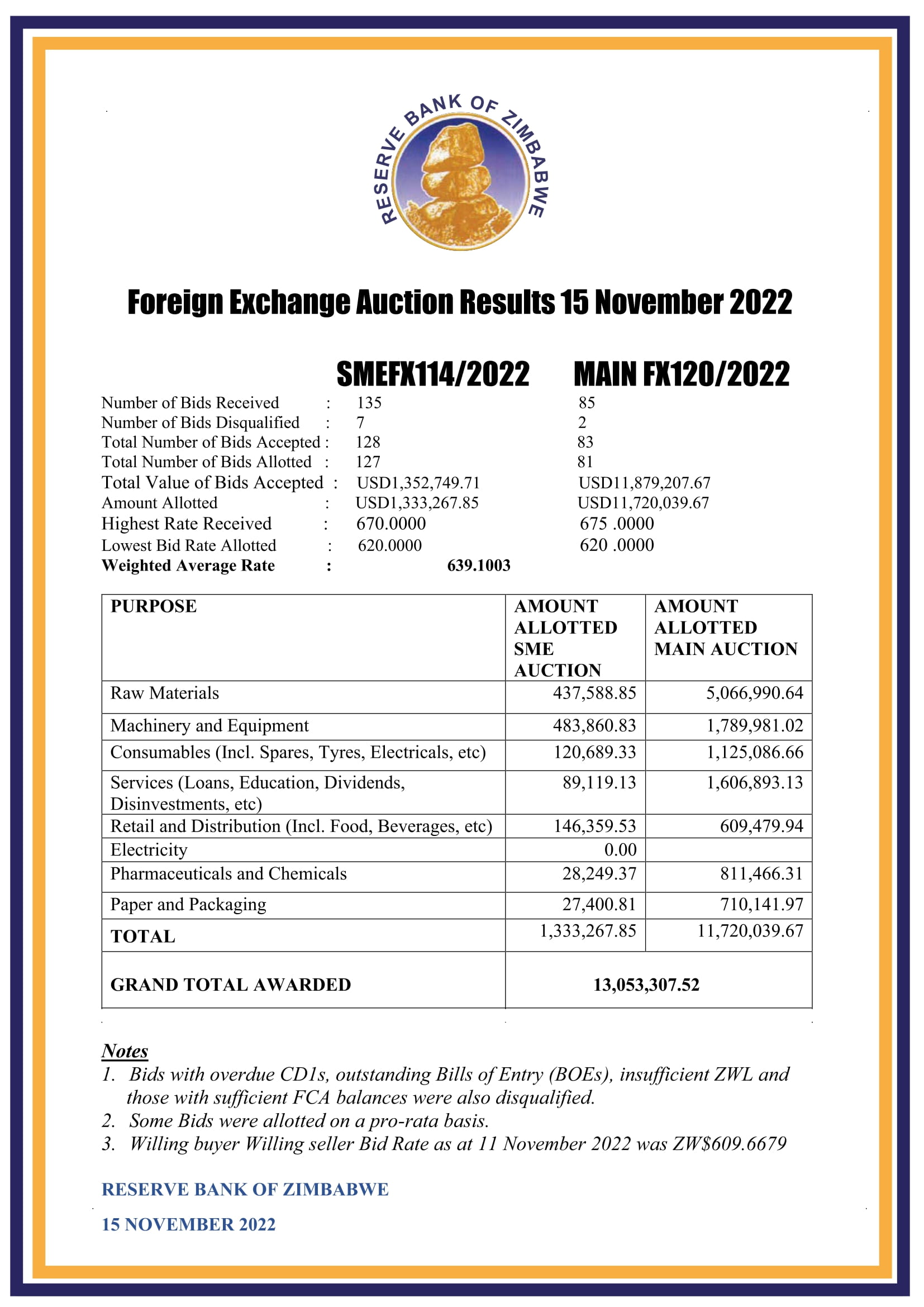