The central bank’s monetary policy committee said the local currency had stabilised against the US in February but it is likely to weaken this month because of the war in Ukraine which has seen the price of fuel and gas go up.

More than a thousand bids were allocated US$35.8 million with US$28.6 million going to 355 large firms.

The Monetary Policy Committee said the central bank should clear any foreign currency backlog on the auction by the end of this month and from then on, it should only allot funds that are available. 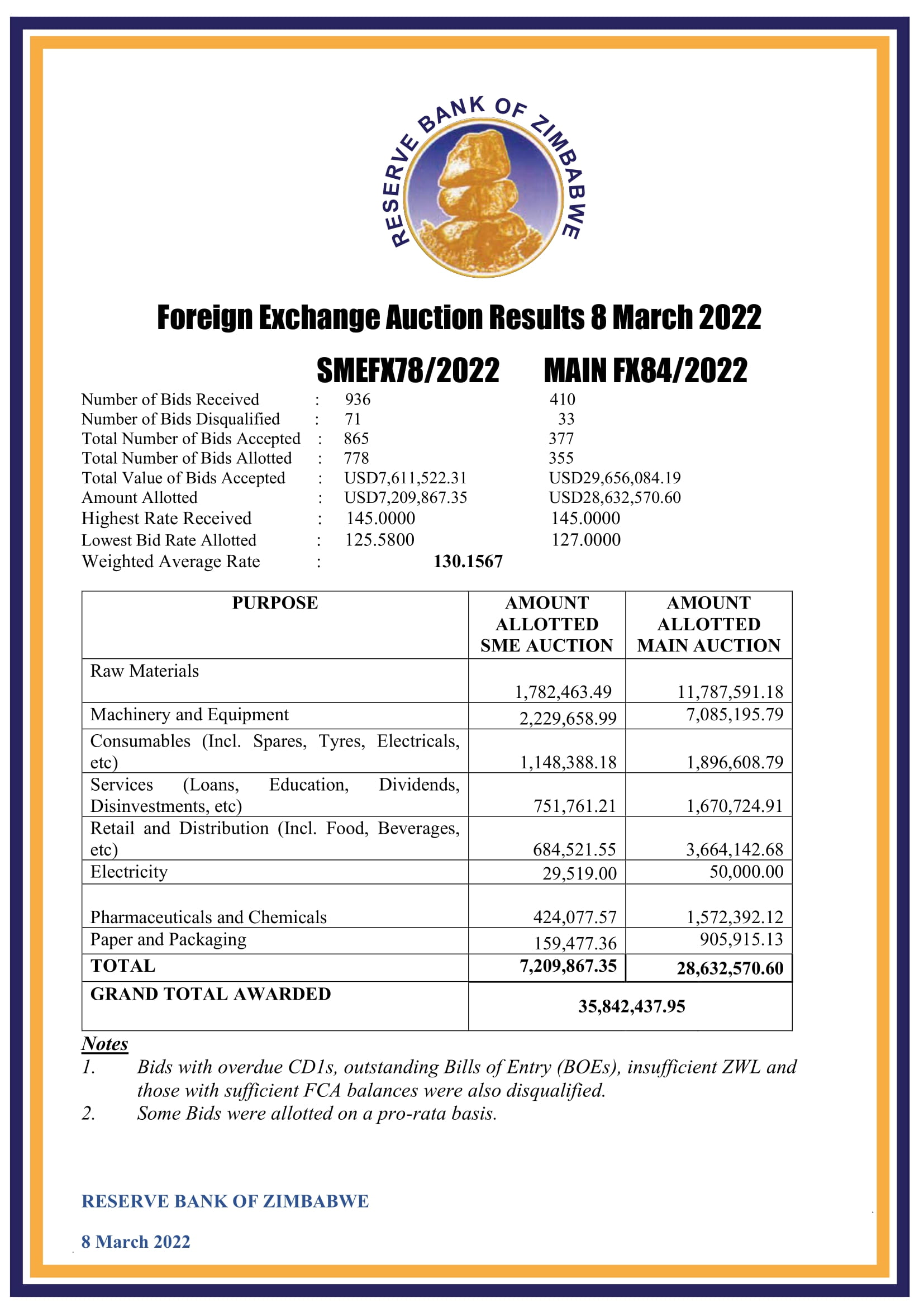