It, however, remained unchanged on the black market where it ranges from $460 for cash, $580 for mobile money to $670 for swipe.

A total of US$25.2 million was allotted today with US$4.4 million going to small enterprises.

The government yesterday announced additional measures aimed at shoring up the local currency and controlling inflation which included guaranteeing that the United States dollar will remain a trading currency until the end of the National Development Strategy Phase One in 2025.

It also hiked interest rates to 200% and now insists that loans should be paid in the currency that they are obtained. 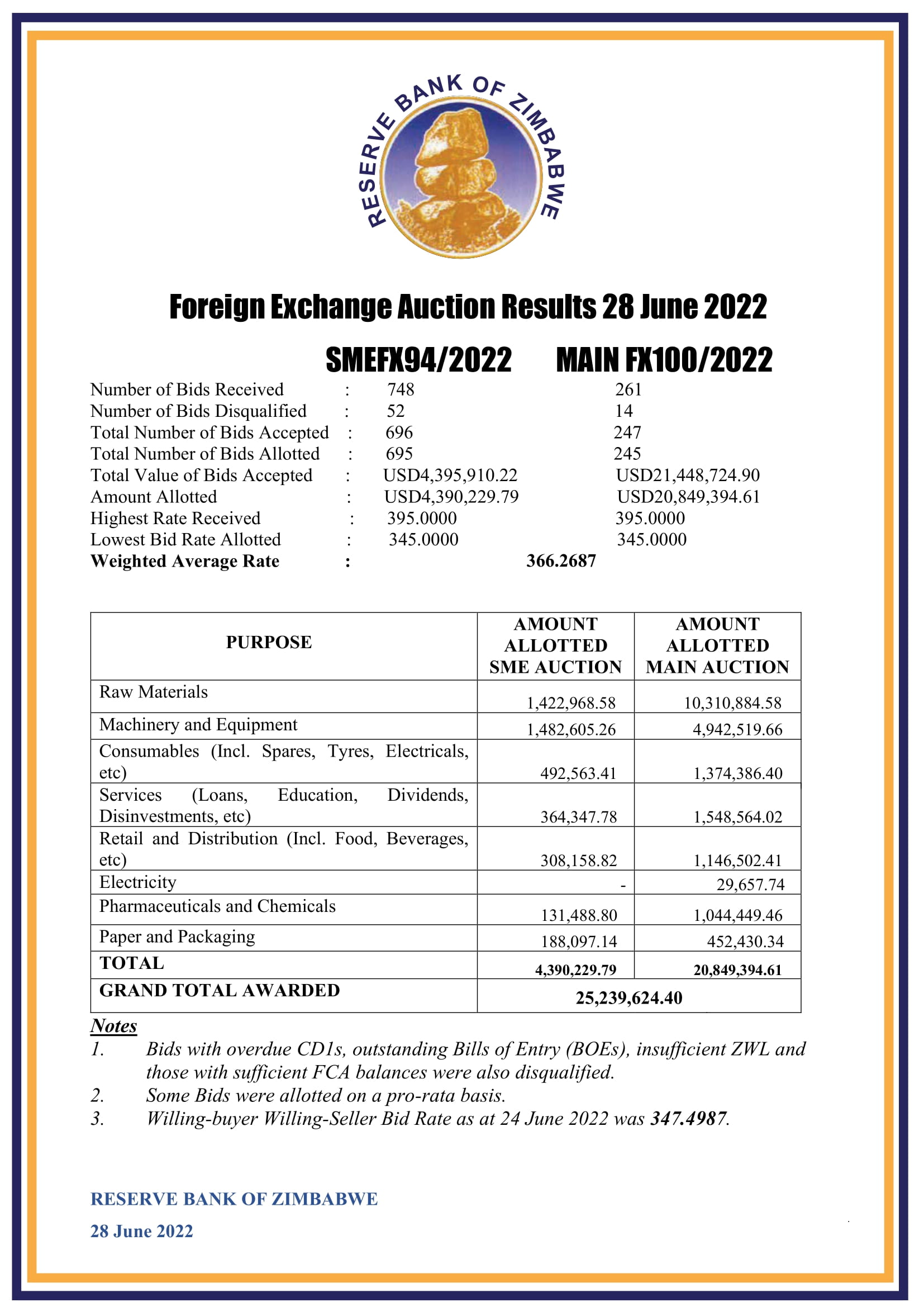