Zimbabwe dollar remains steady at $81.35 to the US dollar...

The Zimbabwe dollar remained steady against the United States dollar averaging $81.35 for the third week running but technically it depreciated marginally from $81.3458 last week to $81.3499.

Only 29 bids out of 384 were disqualified with 14 in the Small and Medium Enterprises auction and 15 in the main auction.

Raw materials, machinery and equipment accounted for US$15.4 million.

The exchange rate has brought about stability in the market with Finance Minister Mthuli Ncube saying he expects prices to start dropping as competition among local producers begins.

The Old Mutual Implied Rate, however, remains worrying as it continues to defy the market raising questions as to whether the auction is not being manipulated.

Former Finance Minister and Movement for Democratic Change vice-president Tendai Biti claimed that the foreign currency auction was rigged but the figures he gave were grossly exaggerated. 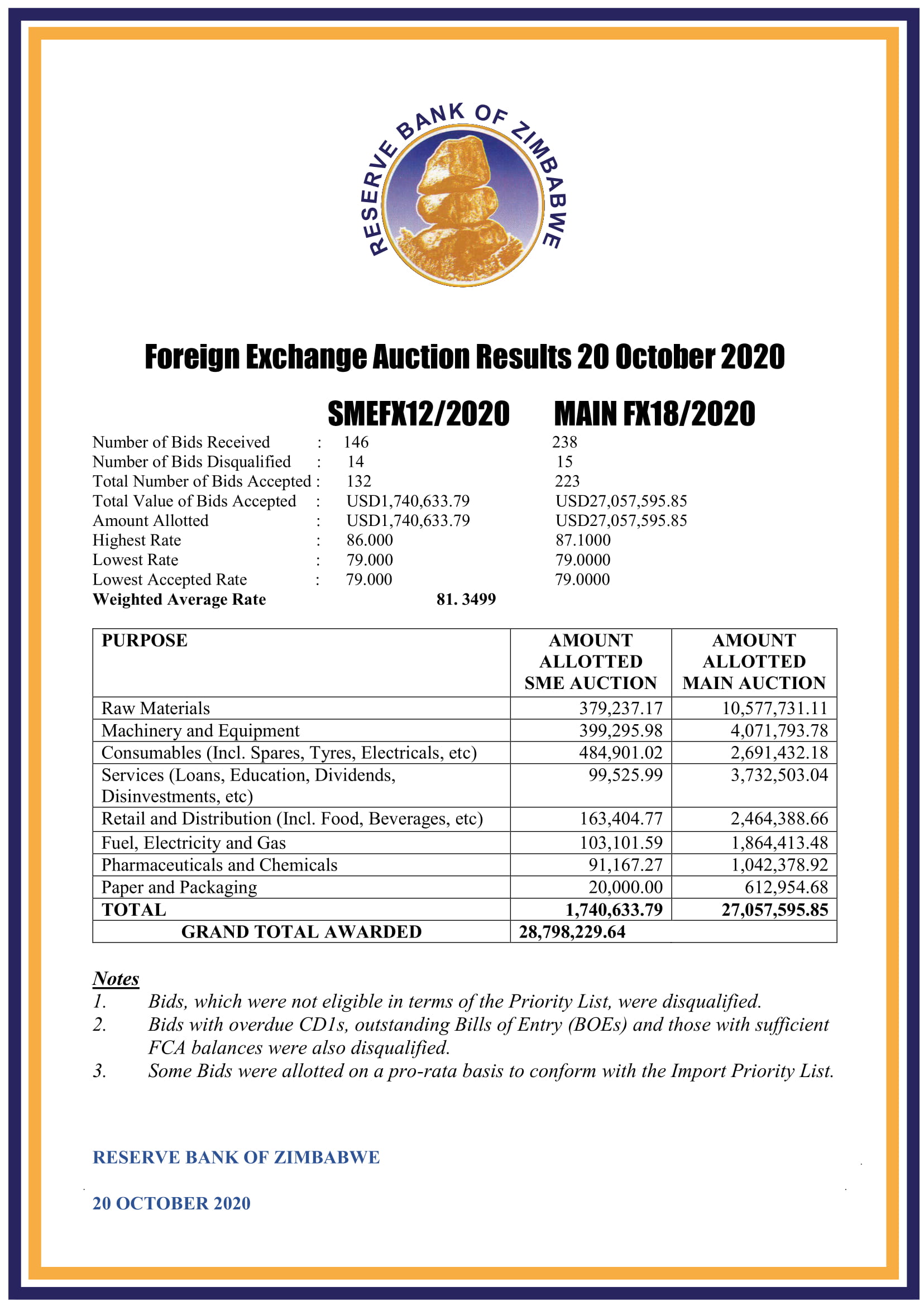