The Zimbabwe dollar today plunged by $85.27 to average $258.5404 against the United States dollar narrowing the gap with the interbank rate which only last week was more than $100 higher than the auction rate.

The black market rates, however, remained static at $360 to $420 depending on the mode of payment.

The central bank also drastically slashed the number of bids that were allotted funds as well as the amount.

A total of 1 015 bids from small and medium enterprises and 407 from large firms were accepted but only 135 bids from SMEs and 50 from large companies  were allotted.

Bids from SMEs accepted totalled US$9 million and those from large firms $42.1 million but only US$1.2million was allotted to SMEs and US$5.6 million to large companies making a total of $6.8 million.

This is the lowest amount ever allotted to large companies since the auction was launched on 23 June 2020.

President Emmerson Mnangagwa on 7 May ordered the Central bank to allot only money that was available and said it should clear all arrears within 14 days.

The central bank also today lifted the suspension of bank loans but said this did not apply to companies that were under investigation by the Financial Intelligence Unit. 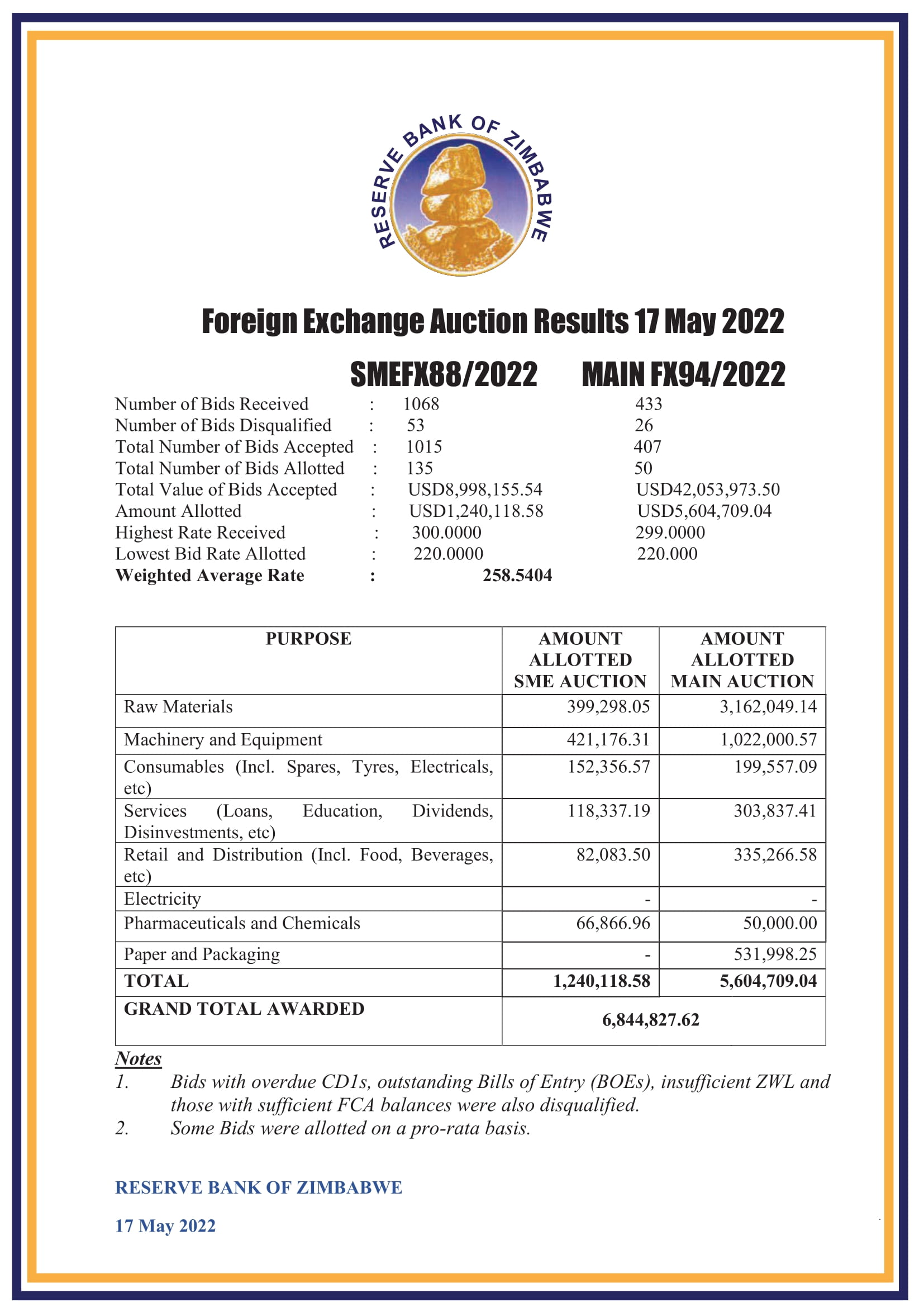