More than 1 500 bids were approved today and were allotted US$30.3 million with US$4.3 million going to 1 122 small and medium businesses. Large businesses got $26 million.

While more and more people are demanding payment or salaries in US dollars and the government is now paying civil servants part of their salaries in the greenback, Old Mutual says dollarization is still not on the cards.

President Emmerson Mnangagwa has said the war between Russia and Ukraine has clearly demonstrated that a nation needs its own currency. 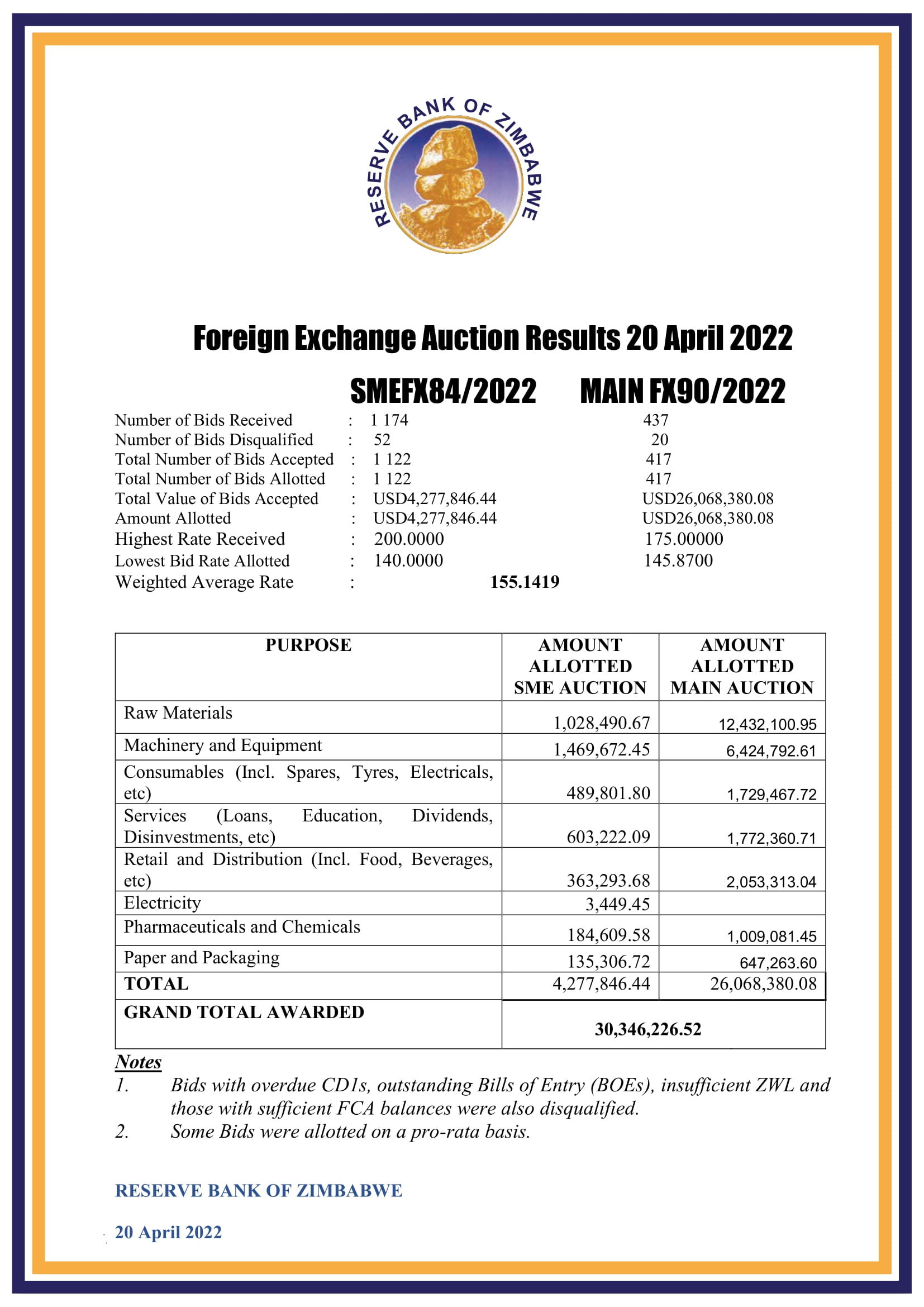