The auction was supposed to resume last week but was postponed because dealers were not ready.

A total of 812 bids were approved today and were allotted US$30.9 million. A further 269 bids were disqualified.

Economists have said that stabilising the local currency remains Finance Minister Mthuli Ncube’s main challenges this year as the gap between the auction rate and the black market rate remains too wide allowing for arbitrage. 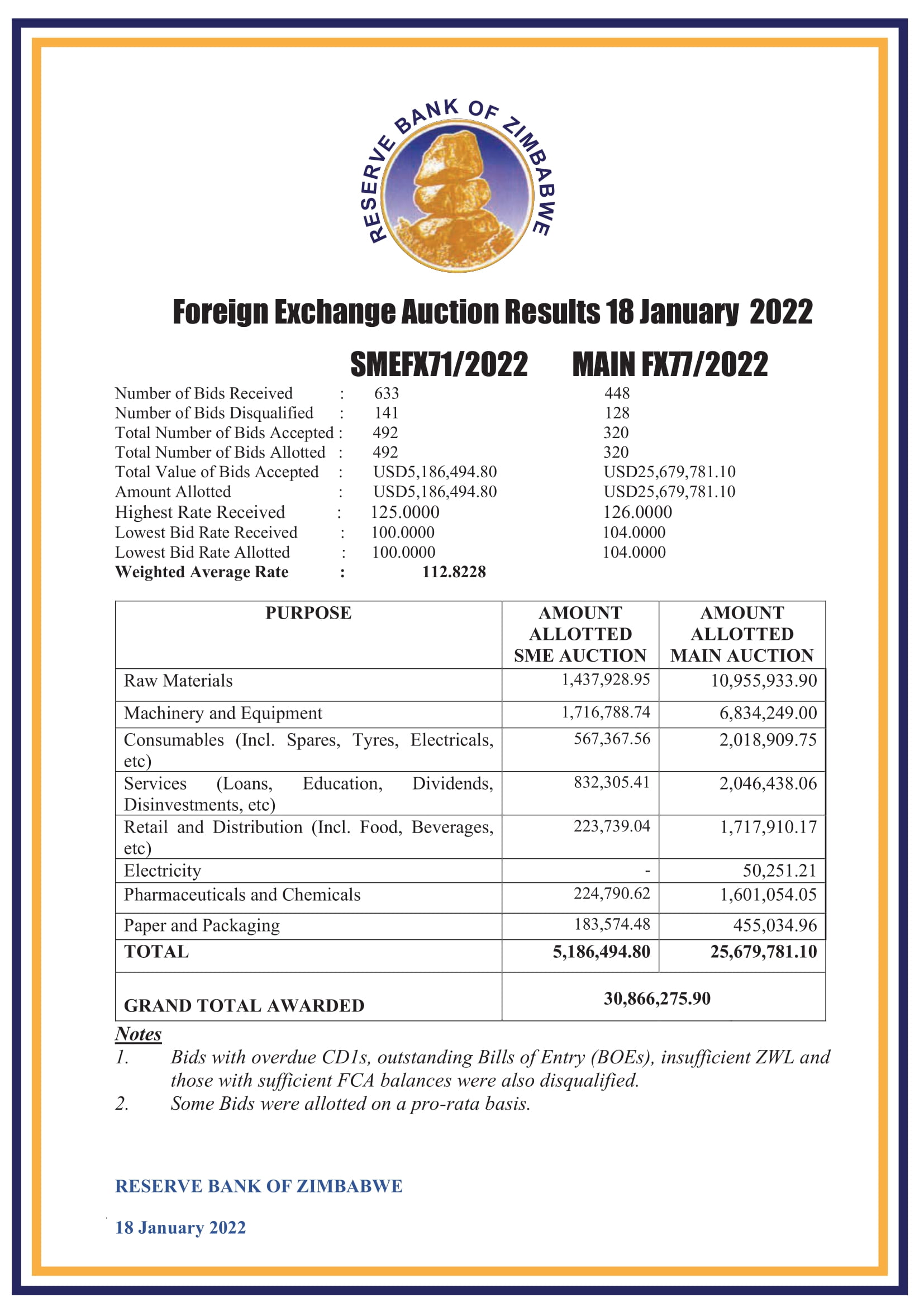