Zimbabwe dollar falls by 74 cents as RBZ cracks down...

The Zimbabwe dollar today fell by 74 cents to average $87.6653 down from $86.9267 as the Reserve Bank of Zimbabwe cracked down on illegal foreign exchange dealers.

Eight financial services firms are before the courts for dishing out over $1 billion onto the streets to buy foreign currency while 30 individuals were named and shamed for promoting and facilitating illegal foreign currency dealings and money laundering.

The individuals have been barred from operating any accounts for two years.

More than 1 600 bids were approved at the auction today with 1180 being in the small and medium enterprise sector and 428 in the main sector.

A total of US$41.1 million was allotted, just over US$3 million less than the bidders had applied for. 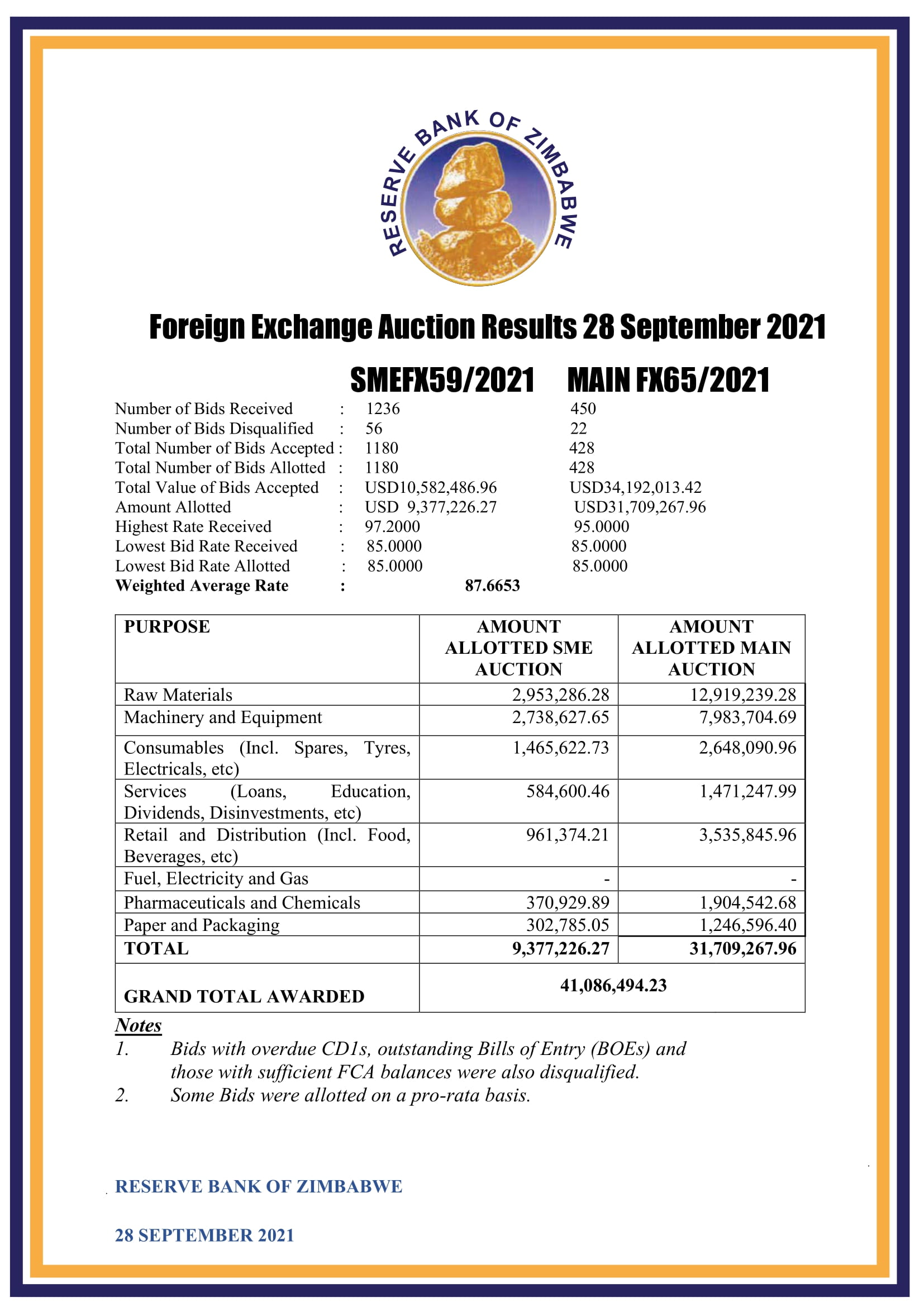