The Zimbabwe dollar today fell by 63 cents, one of the biggest drops of late, as the Zimbabwe foreign currency auction allotted US$38.8 million to a record 1 433 bids.

The auction has stabilised the country’s economy though there are complaints that some of the businesses getting money from the market are abusing the facility by changing that money on the black market where the UIS dollar is fetching up to $150 to the greenback instead of buying products they would have applied the forex for.

The central bank has promised to crack down on the forex abusers but has brought only a few to book prompting speculation that the abusers are senior people in President Emmerson Mnangagwa’s party or government. 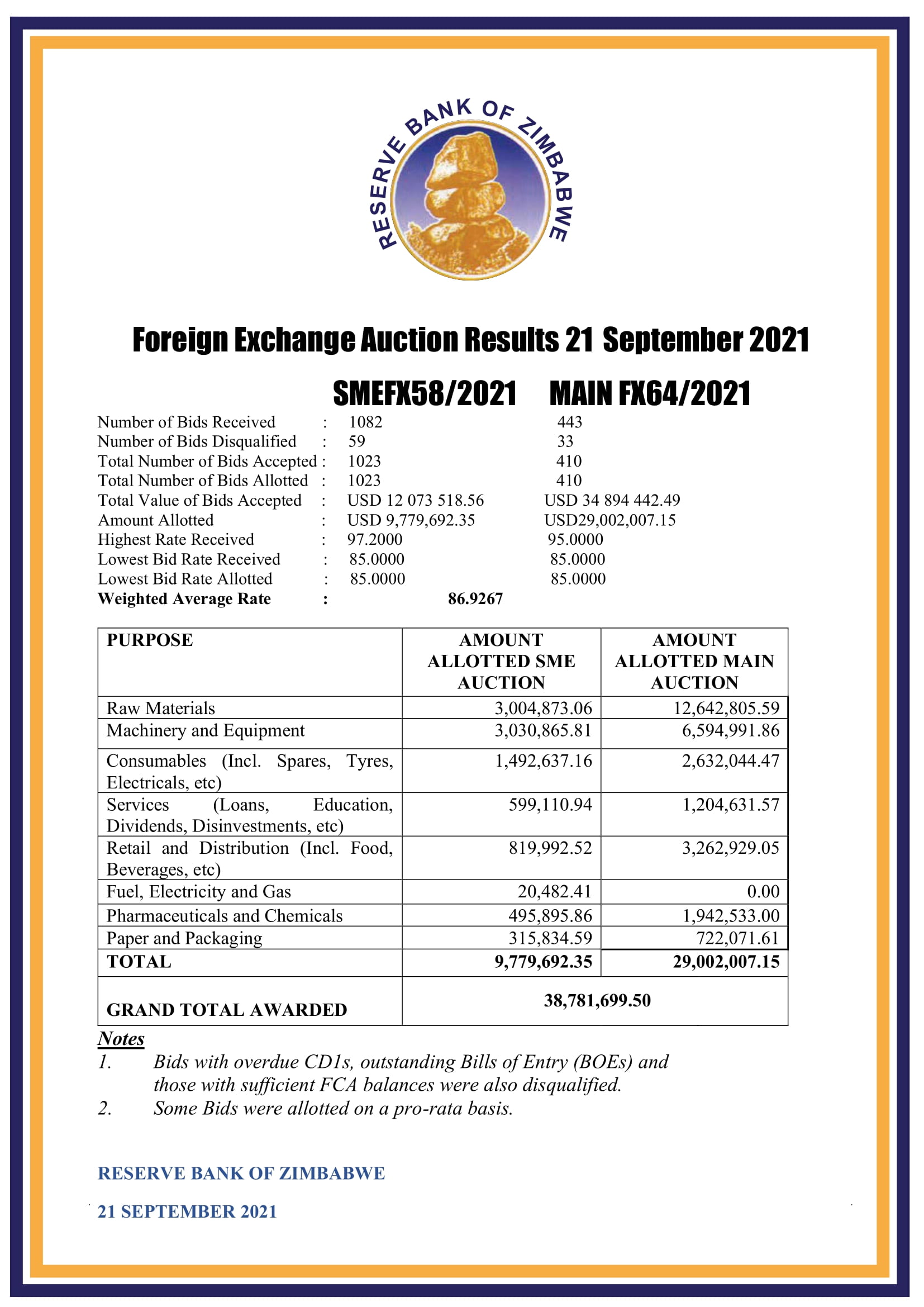