Another blow for Grace Mugabe 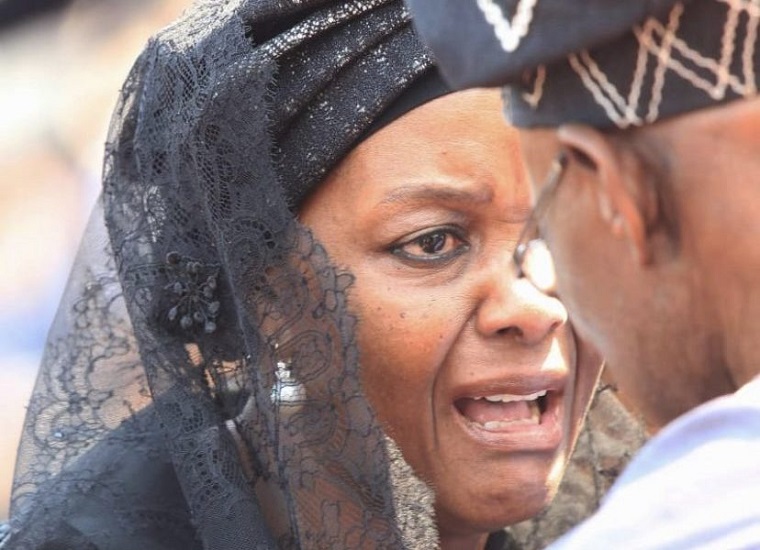 Zimbabwe’s former First Lady, Grace Mugabe, suffered another legal blow today after a magistrate in Mashonaland West threw out her application seeking to block the exhumation of her husband’s remains from the family homestead as a per a village court ruling.

Grace, whose husband the late former President Robert Mugabe died two years ago in Singapore, had granted her daughter, Bona Mugabe Chikore, permission to represent her in the matter since she was out of the country, seeking medical help for an undisclosed ailment.

Magistrate Ruth Moyo threw out the application saying Bona Mugabe Chikore has nothing to do with the case.

Moyo said she has no right to apply for a judicial review of the matter that was handed down by Chief Zvimba, born Stanely Wurayayi Mhondoro. The complainant in this case is Tinos Manongovere.

Chief Zvimba ordered Mrs Mugabe to exhume the former President’s remains at their Kutama homestead and rebury them at the National Heroes Acre, where the government wanted to construct a mausoleum for the late Zimbabwean leader.

In her written judgement, she said the court won’t deal with all other points raised by the defendants.

Grace’s lawyer, Fungai Chimwamurombe, expressed dismay over the judgement, saying they are going to file an appeal.

“We are not happy with this judgement as it disregards the power of attorney given to Bona by her mother since she was out of the country,” said Chimwamurombe.

Two weeks ago, Moyo tossed out a similar application made by Bona Mugabe Chikore and her siblings, Tinotenda Robert Junior and Bellarmine Chatunga Mugabe, saying they have nothing to do with the chief’s ruling as the person cited in the case is their mother.

Chinwamurombe said he would advise the family on the way forward with indications that the matter will eventually be taken to the High Court.

The Mugabes had asked Chinhoyi courts to make a judicial review of Chief Zvimba’s ruling, compelling Grace to exhume her husband’s remains and rebury them at the National Heroes Acre in Harare.

The basis of the appeal, as cited by Chimwamurombe, is that there was “absence of jurisdiction, impropriety of relief granted, irregular service of summons and the judgement was biased”.

The Zimbabwe government wanted Mugabe to be laid to rest at a special mausoleum at the National Heroes’ Acre but his family refused, saying he wanted to be buried near the grave of his late mother, Bona.

The chief fined Grace five cattle and two goats for burying the former President at his homestead instead of the family cemetery in Kutama village.

The late President’s nephew, Leo Mugabe, has urged President Emmerson Mnangagwa to intervene in the matter, noting that they will fight the case to the bitter end. – VOA