The Zimbabwe dollar once again fell against the United States dollar at today’s auction but by only 48 cents.

Some 33 bids out of 139 were disqualified in the main auction while only 10 out of 85 were rejected in the SME auction.

The bulk of the money, $8.8 million, went to raw materials, machinery and equipment.

The highest rate offered today was $88 and the lowest $75. 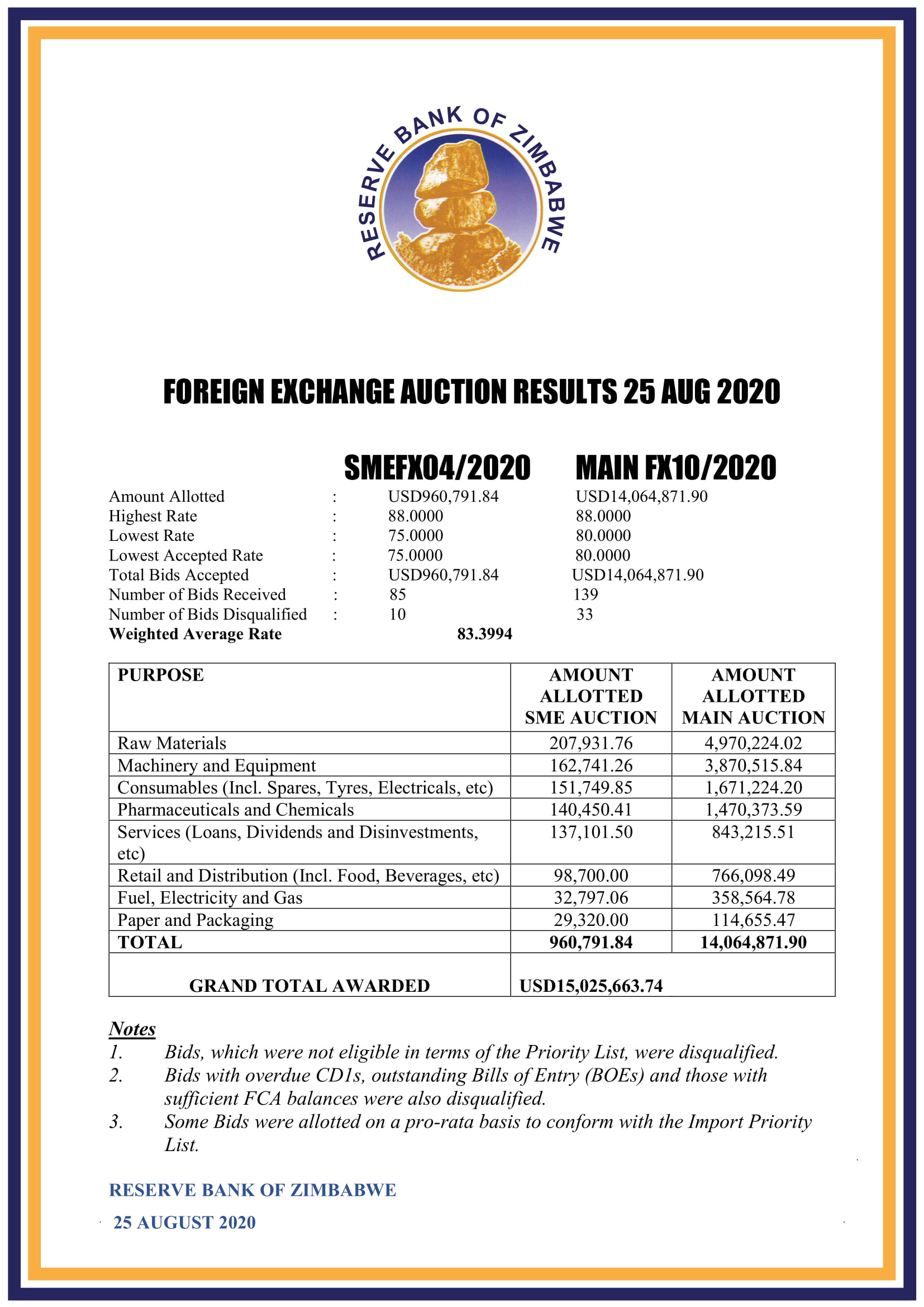