Did Beatrice Mtetwa sacrifice Chin’ono to hog the limelight? 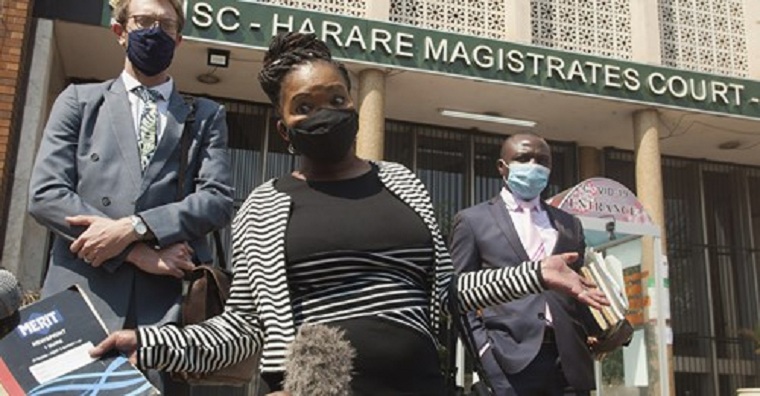 It’s best expressed in Shona because there is no accurate translation in English. Beatrice Mtetwa akachekeresa Chin’ono, like a lamb to the slaughter.

Hopewell Chin’ono has been on remand in custody for more than a month now and he is likely to stay there for some time largely because of what his former lawyer Beatrice Mtetwa did.

Chin’ono was arrested on 20 July for allegedly inciting violence.

Mtetwa sacrificed the freelance journalist and instead became the story herself, leaving Chin’ono to languish in jail with very little prospect of being granted bail because Mtetwa insulted not only the magistrate who has been presiding over Chin’ono’s case, Ngoni Nduna, but the entire judiciary.

That Mtetwa had become the story was clearly demonstrated by Nduna in his judgment where he barred her from represnting Chin’ono which is pubished in full below.

Mtetwa was barred from representing Chin’ono because of a facebook post by a documentary film maker which read: “Where is the outrage from the International Community that Hopewell Chin’ono is being held as a political prisoner? His life is in serious peril. Raise awareness about his unlawful imprisonment. Do not let him be forgotten.You or someone you love could be the next one abducted from your home and put in leg irons. SPEAK OUT”.

She denied any link to the content of the page but Nduna argued otherwise.

The Insider believes, however, that it was Mtetwa’s scathing attack on Nduna, and the judiciary in general, in a letter that she gave the clerk of court and was reproduced by Justice Tawanda Chitapi when Mtetwa applied for bail for Chin’ono to the High Court, that was more damaging for Chin’ono’s case.

We refer to the above mentioned matter in which we represent Mr Chin’ono.

The initial remand hearing was, as has become the practice in so-called high profile or politically motivated cases, heard by Regional Magistrate Mr Nduna who rendered his decision on the 24th May [July], 2020 in terms of which he expectedly denied our client bail.

As he is entitled to do so, our client has since noted an appeal in terms of Section 121 of the Criminal Procedure and Evidence Act, (Chapter 9:07). We therefore request that you immediately prepare and forward to the Criminal Registrar of the High Court such record taking into account the provisions of Section 117A (3) which require that applications of this nature be disposed of without undue delay. We therefore hereby render all costs for the preparation of this record and thank you in advance for your early and urgent preparation of same.

We have copied this letter to the Prosecutor General’s Office who now routinely expect all bail appeals to be postponed for their convenience with no regard to the sacrosanct right to liberty. We therefore request that the Prosecutor General’s representatives familiarize themselves with the record and liaise with their colleagues who dealt with the bail application at the initial remand. Any attempts to delay the hearing of the appeal as has become the normal tactic will be opposed.

We therefore thank you in advance for your cooperation.