A total of 445 bids totalling nearly US$24 million were accepted at today’s auction but only 250 bids were allotted a total of US$13.9 million.

The government said it would be watching inflation trends before liberalising the market. 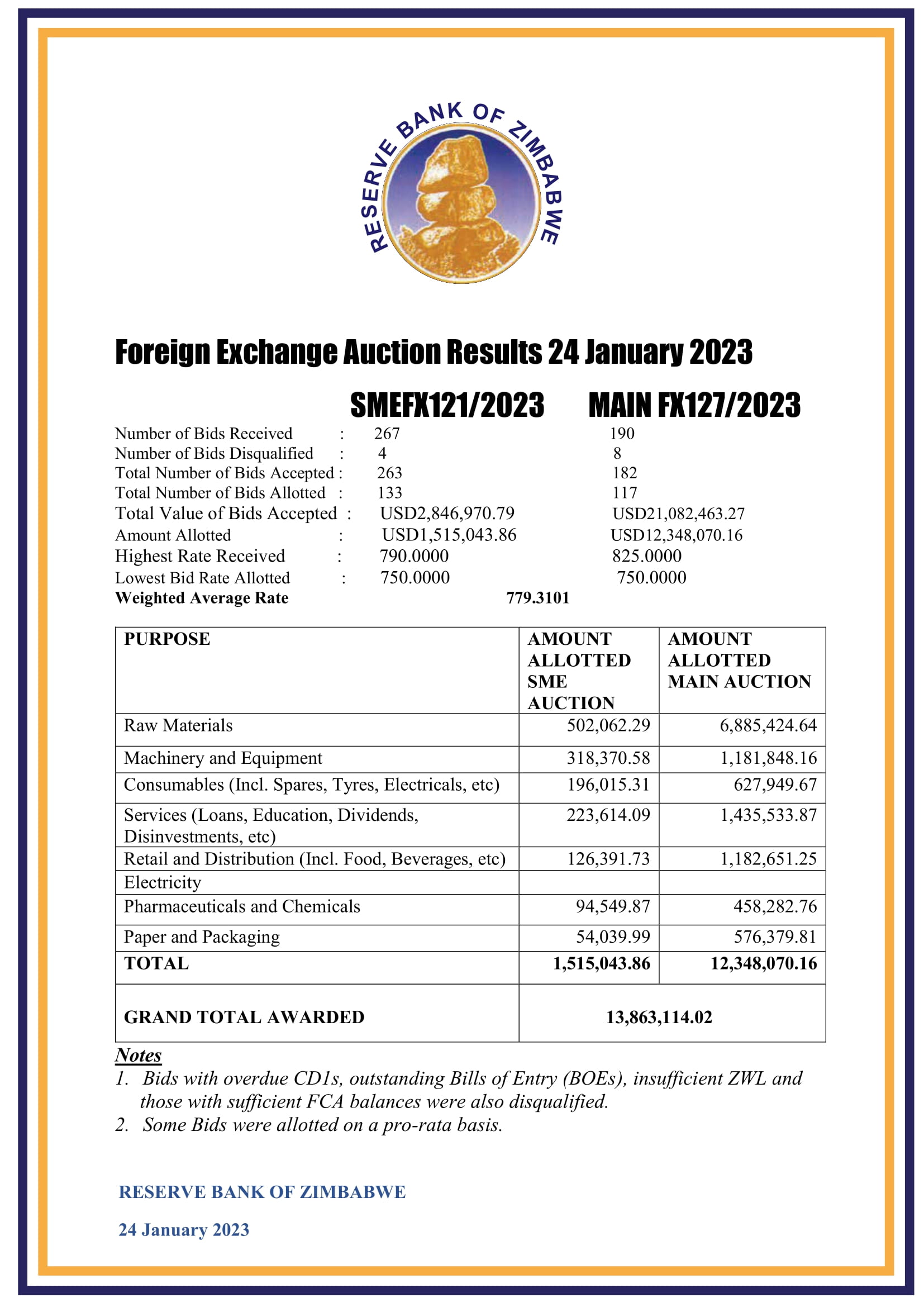