Zimbabwe dollar falls by 39 cents as auction disburses a...

The Zimbabwe dollar fell by 39 cents today to average $83.7573 against the United States dollar the lowest it has ever recorded since the foreign currency auction began on 23 June last year.

A record US$38.6 million was, however, allotted to 540 bids, 324 in the main auction and 216 in the Small and Medium Enterprises auction.

All bids were met in full.

The lowest bid rose to $82 while the highest was 89. All along the lowest bid has been $80 but the lowest accepted was $82 forcing those looking for bargains to up their price.

A total of US$208.7 million has so far been disbursed in the six auction carried out so far this year. 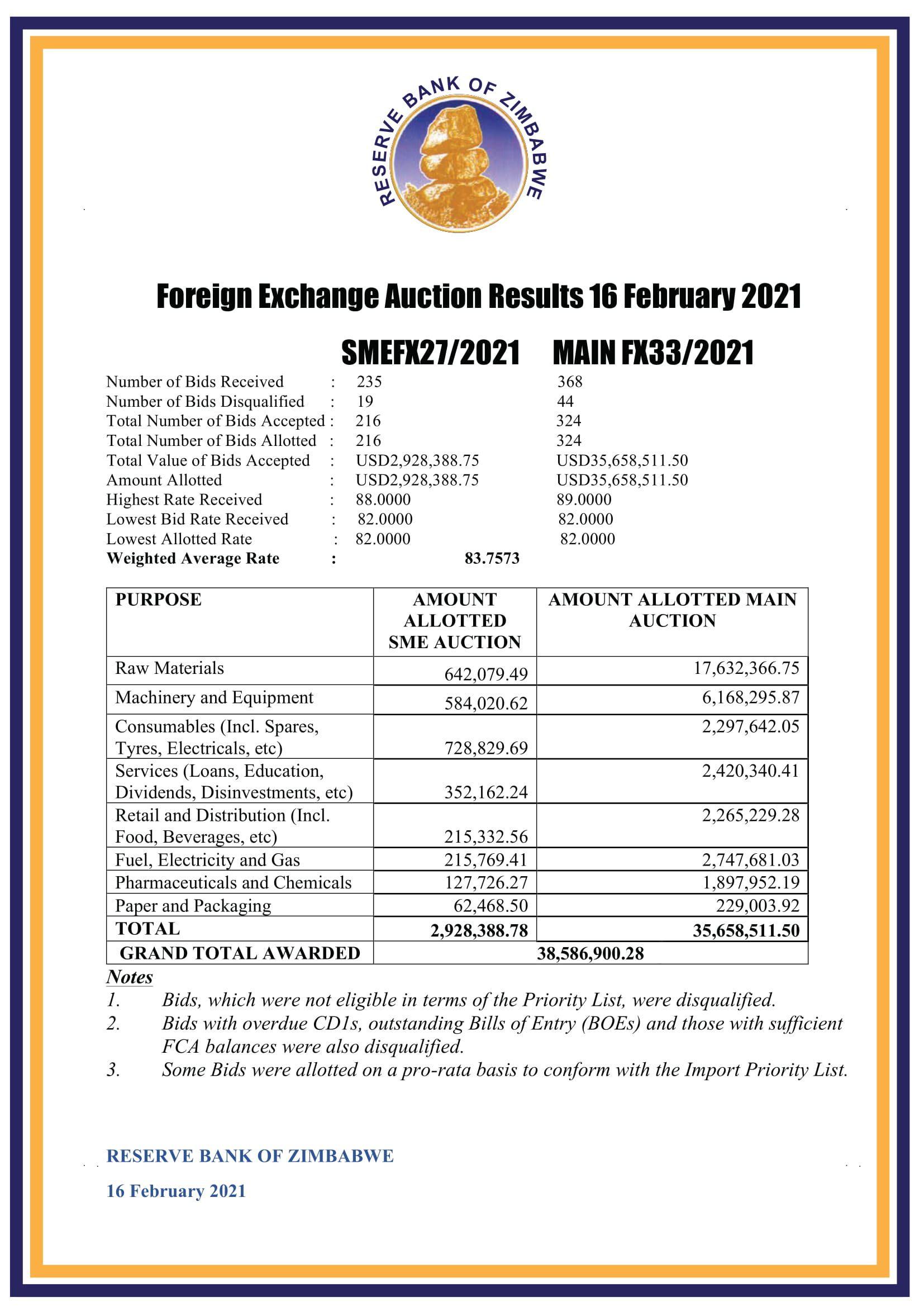