Zimbabwe dollar falls by $3.50 to the United States dollar

The dollar has dropped by $11.20 since 18 January when the auction resumed after a five-week closure for the festive season.

A total of 1 170 bids were allotted US$36.8 million today with 776 being from the small and medium enterprises sector.

The government has said it is not going back to dollarization as the country can never be competitive using the United States dollar.

Citizens Coalition for Change deputy leader Tendai Biti says the local currency will drop to more than $1 000 to the greenback by the end of the year. 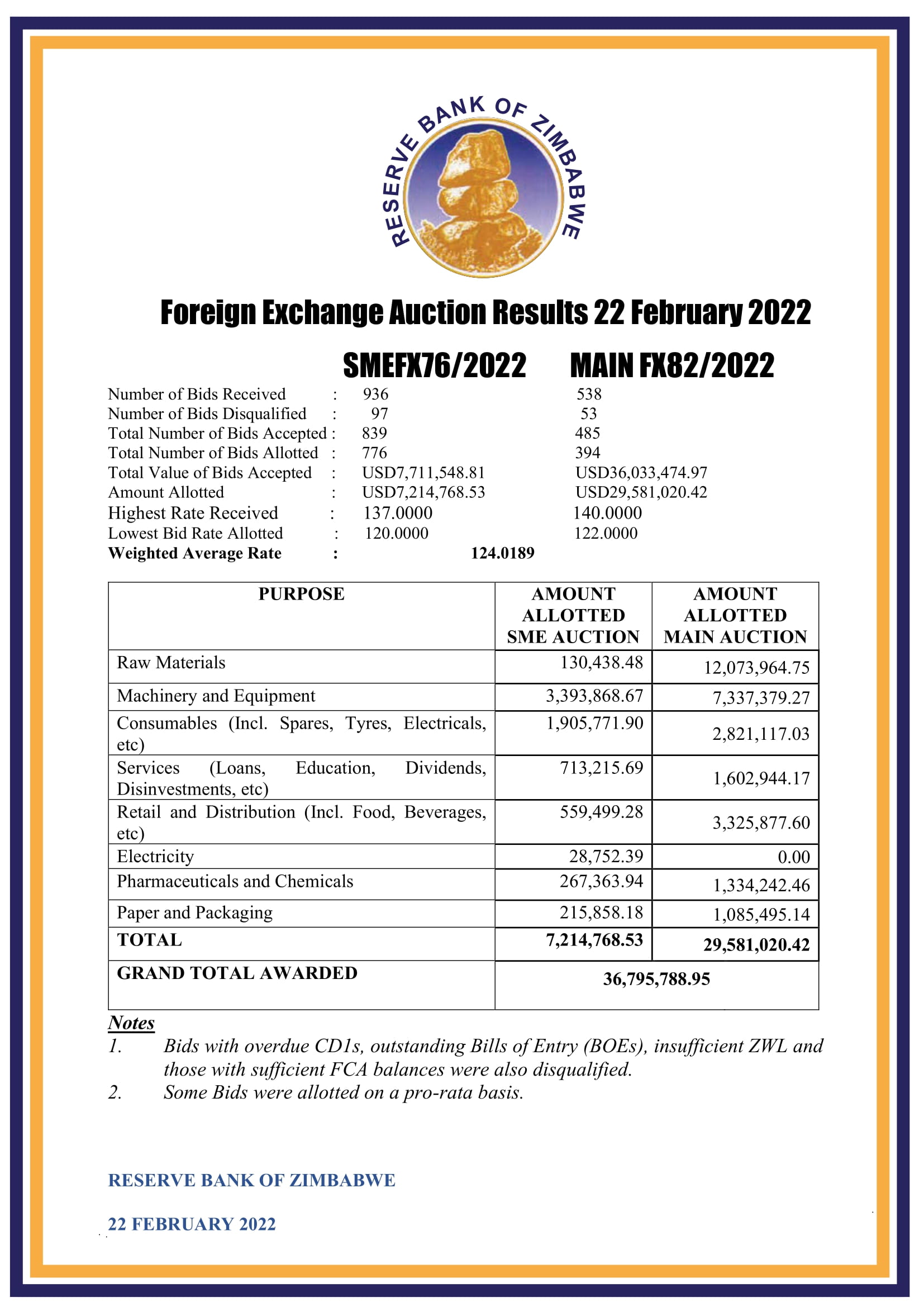