Zimbabwe dollar falls by $1.53 after government meets business to...

The Zimbabwe dollar today fell by $1.53 to average $90.0792, down from $88.5532, a day after the government, the central bank and representatives of industry and commerce met to discuss how to curb the black market rate which had rocketed to as much as $200 to the United States dollar.

The Zimbabwe dollar was facing imminent collapse as it was trading at between $160 and $200 to the United States dollar against the auction rate of $88.55.

Most businesses, including those that were getting foreign currency from the auction, were pricing their goods using the black market rate.

The central bank has vowed to crack down on businesses that are pricing their goods using the black market rate.

This seems to have opened another avenue for businesses to cash in, this time in United States dollars, as some have reduced their cross rate but have not reduced prices.

One retail shop which was changing the US at $150, for example, was now changing it at $90 but had not reduced the prices which meant that customers were now paying more in US dollars.

Here is what the government and business agreed yesterday. 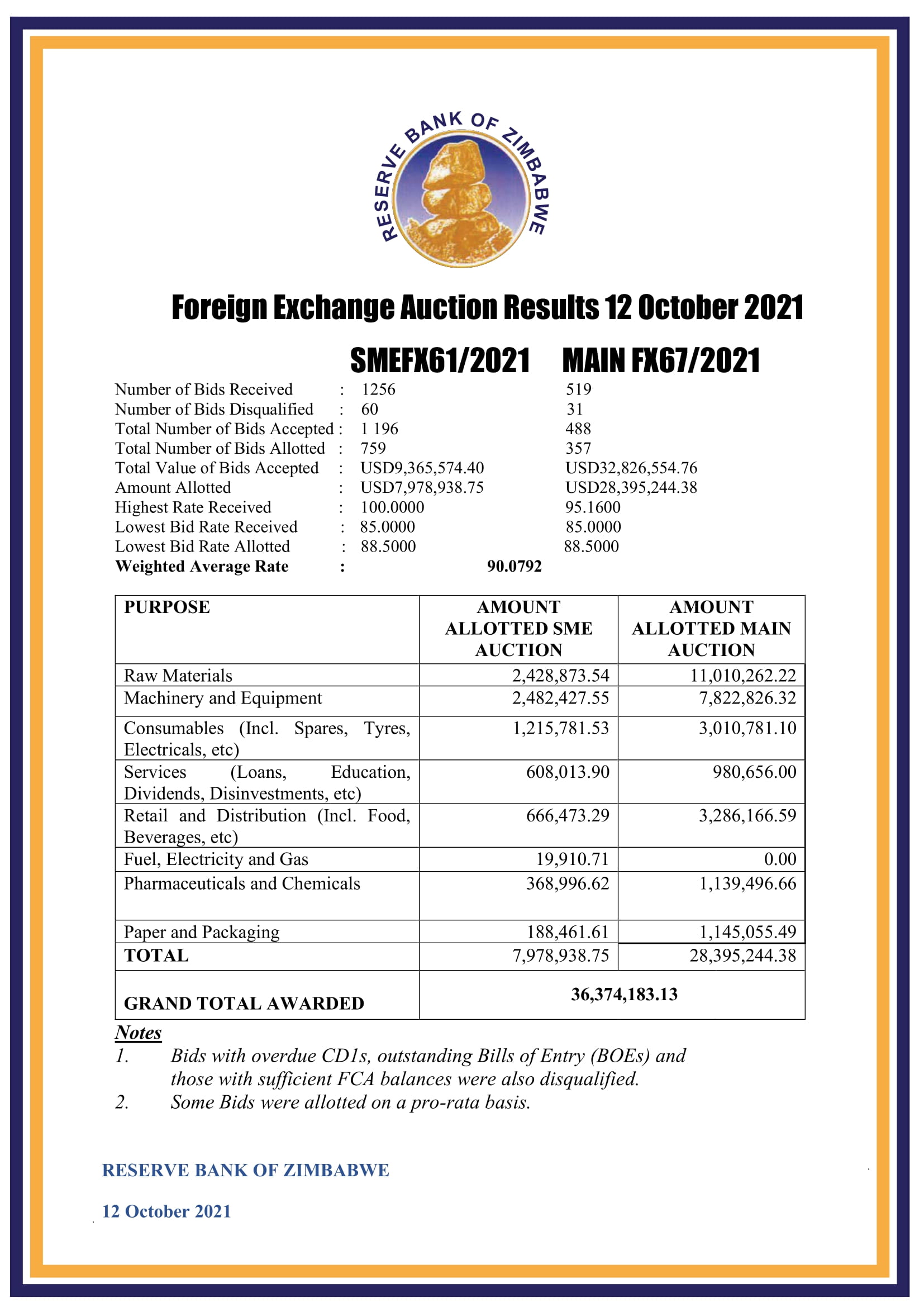