Sanctions on Zimbabwe hurting ordinary people not those “targetted”- Eddie... 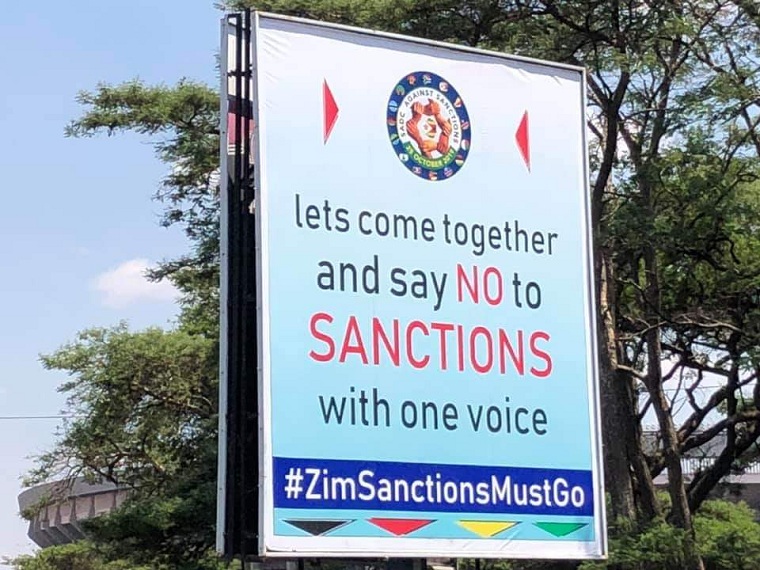 When the American government passed the ZIDERA Act 20 years ago, they argued that the Act was not intended to punish the people of Zimbabwe but to target those individuals and organisations that, in the view of the US government, were responsible for human rights and other violations of basic governance principles. Since that time, the Act has been reviewed and extended every year in March.

Other major Western countries, including the United Kingdom and the European Union have followed the US example with their own restrictions and sanctions on individuals and selected organisations.

What is not recognized, nor widely understood, is that the impact of these measures has been much more widespread than was intended. In a sense, the wider economy and the people of Zimbabwe have become collateral damage because of the use of these mechanisms to try and secure compliance with international norms and practices.

To understand the implications of these measures on the economy of a country like Zimbabwe, requires a careful analysis of the way in which many countries in East Asia have successfully reduced poverty and raised the living standards of many hundreds of millions of people in the past century. There is nothing magical about the rapid growth of the Asian Tiger economies. This growth is founded on two main pillars: –

By contrast, countries such as Zimbabwe, who have a form of sanctions imposed on them by Western States, find themselves isolated from international financial markets. In consequence, after 20 years, commercial banks in Zimbabwe have virtually no correspondent banks or bank relationships with the rest of the financial world. International banks, who either facilitate trade with Zimbabwe or who handle funds emanating from Zimbabwe, find themselves in a difficult position in that they must take care not to violate the US sanctions program.

It was in recognition of such a violation, that the CBZ bank in Zimbabwe, its largest bank, had a fine of nearly US$400 million imposed on it for using another bank to make international transactions on their behalf. Massive fines have been imposed on international banks for similar violations and understandably they are now almost universally very cautious in their dealings with any financial or other institutions in Zimbabwe.

The effect of such restrictions is to deny Zimbabwe access to international funds for investment purposes even though its private sector has an almost unblemished record. In addition, it makes it difficult for countries like Zimbabwe to service their international obligations and when the inevitable defaults occur, this simply further intensifies the countries financial isolation.