Zimbabwe dollar eases by two cents against the US dollar

The Zimbabwe dollar today eased by two cents against the United States dollar as the country’s foreign exchange auction today allotted US$37.4 million to 579 bidders.

This was the second highest disbursement following the record US$38.6 million allotted on 16 February this year.

The auction has so far disbursed US$1.2 billion since it was launched on 23 June last year.

The Zimbabwe dollar has been stable against the United States for the past nine months and has eased by $2.74 since the beginning of the year.

The country is banking its recovery on the stability of the local currency and expects to record a 7.4% growth this year. 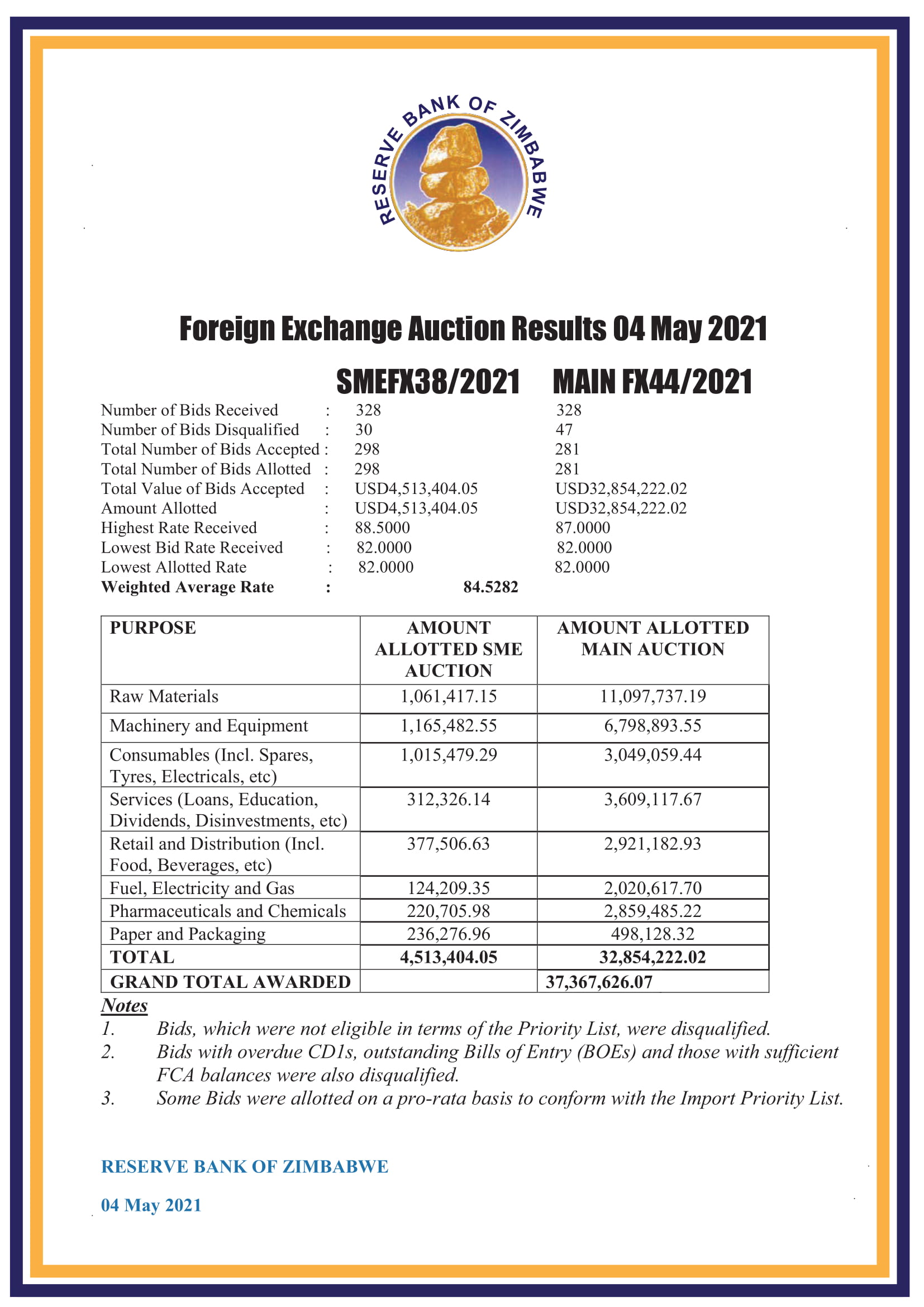