The Zimbabwe dollar today continued its slide against the United States dollar shedding $8.62 to land at $654.8651.

Inflation slowed to 255% in November, still the highest in the world, but month-on-month inflation was down to 1.8%, the lowest since May last year.

Monthly inflation peaked at 30.7% in June but has been on the decline since the government introduced tight monetary measures which included hiking interest rates to 200%.

Businesses complain that while inflation is declining, consumer spending has declined. 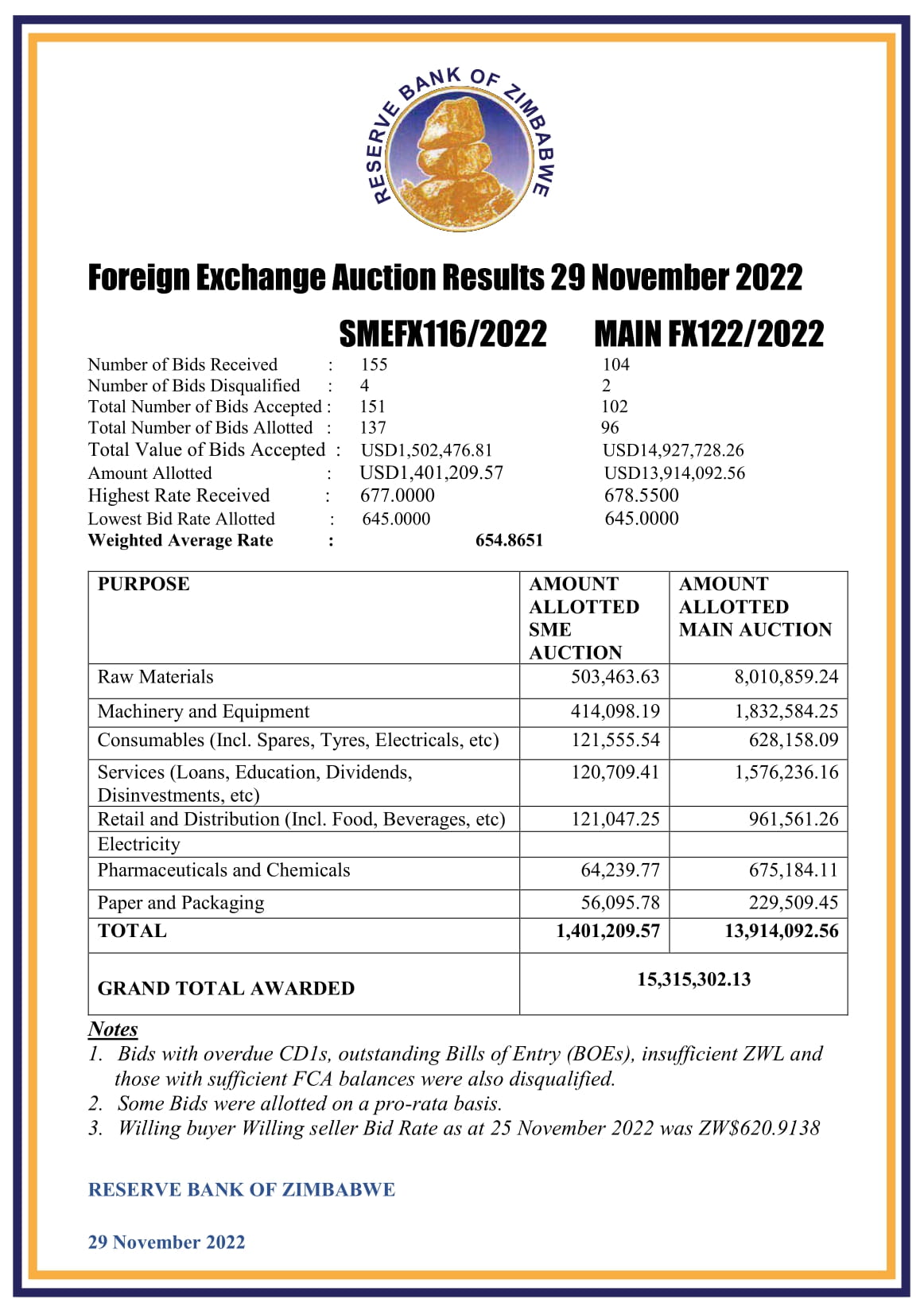