The Zimbabwe dollar today averaged $403.1787 against the United States dollar closing the gap with the black market cash rate but it is less than half the swipe rate which is now at $820.

According to Zimpricecheck, the cash rate is $500 to the greenback while the mobile money rate is $650.

A total of US$22.9 million was allotted today with large firms getting US$19.2 million.

Finance Minister Mthuli Ncube has threatened to take stern measures against all government contractors who are “manipulating the exchange rate” by channelling funds to the black foreign exchange market and contributing to the spiralling exchange rate and price instability.

“The Financial Intelligence Unit will follow up and scrutinise all payments made to government suppliers, to establish how the funds have been utilised,” he said.

“Where it is determined that funds were channelled to the illegal foreign exchange market — the bank accounts involved will be frozen indefinitely pending criminal investigations and prosecution of the companies concerned and their directors and officers.

“Proceeds from the illegal transactions will be forfeited to the state in terms of the Money Laundering and Proceeds of Crime Act.  The suppliers concerned, their directors and related companies will be blacklisted with the Procurement and Regulatory Authority of Zimbabwe and will be banned from participating in any government tenders.”

A number of measures announced by the government to shore up the local currency over the past two months have so far failed which indicates that those manipulating the currency are probably “big fish” which the government cannot rein in.

One legislator suggested that those found manipulating the local currency should be jailed instead of being fined because they had enough money to pay any fine and would continue with their business after paying the fines. 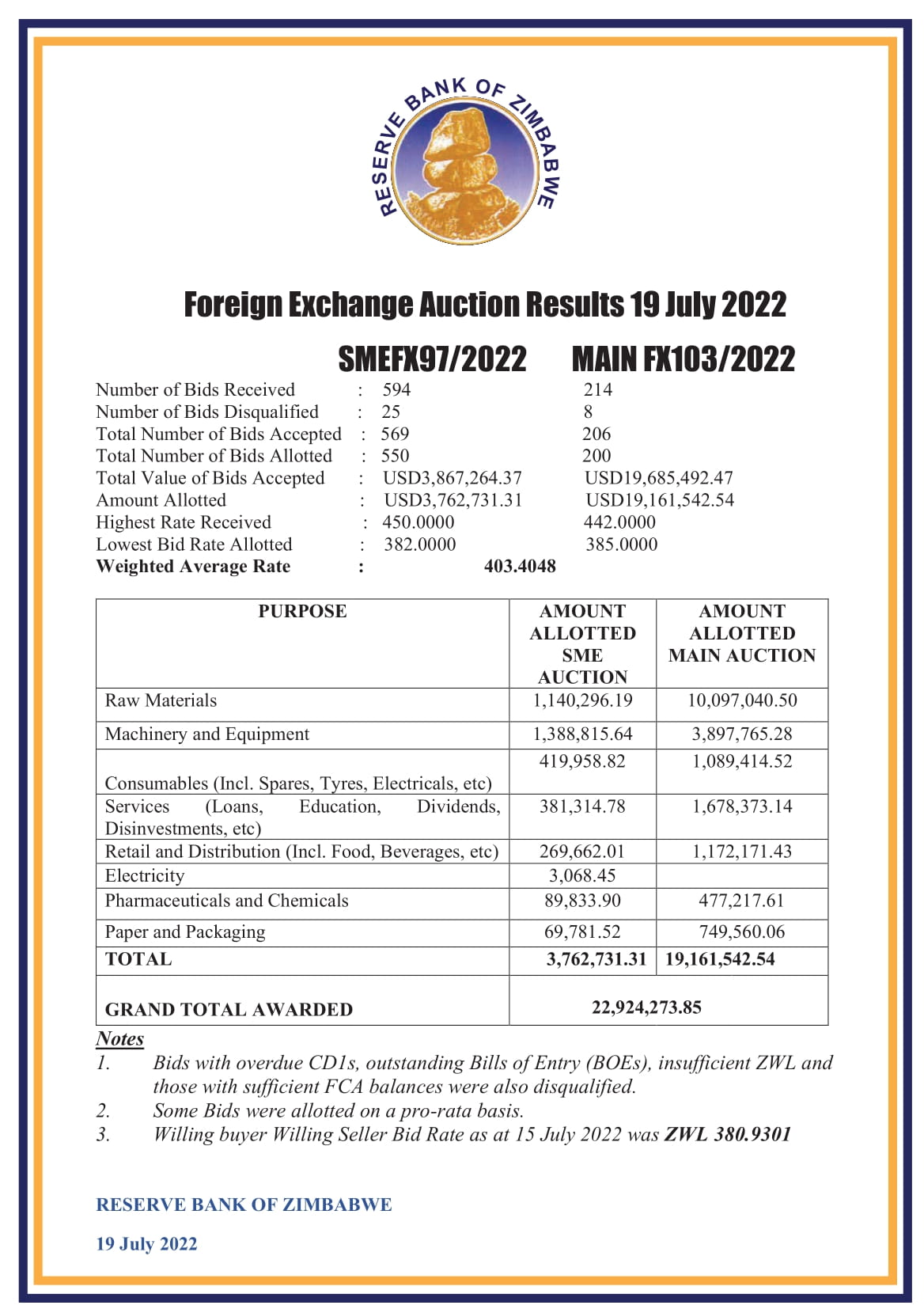