Zimbabwe dollar appreciates against US dollar for sixth week running

The Zimbabwe dollar today appreciated against the United States dollar for the sixth week running though this was by only nine cents.

It averaged $81.35 at today’s foreign currency auction, the 16th since trading started on 23 June.

A total of US$26.1 million was allotted at both the main and small and medium enterprises auctions with the bulk of the money going to raw materials, machinery and equipment.

The highest rate offered today was $87 and the lowest $79.

Deputy Finance Minister Clemence Chiduwa told Parliament last week that the government is going to clamp down on businesses that continue to use the black market rate for cross rating against the United States dollar.

The OMIR is based on the difference between the share price of Old Mutual on the London and Zimbabwe stock exchanges but Old Mutual has not been trading in Zimbabwe since June. 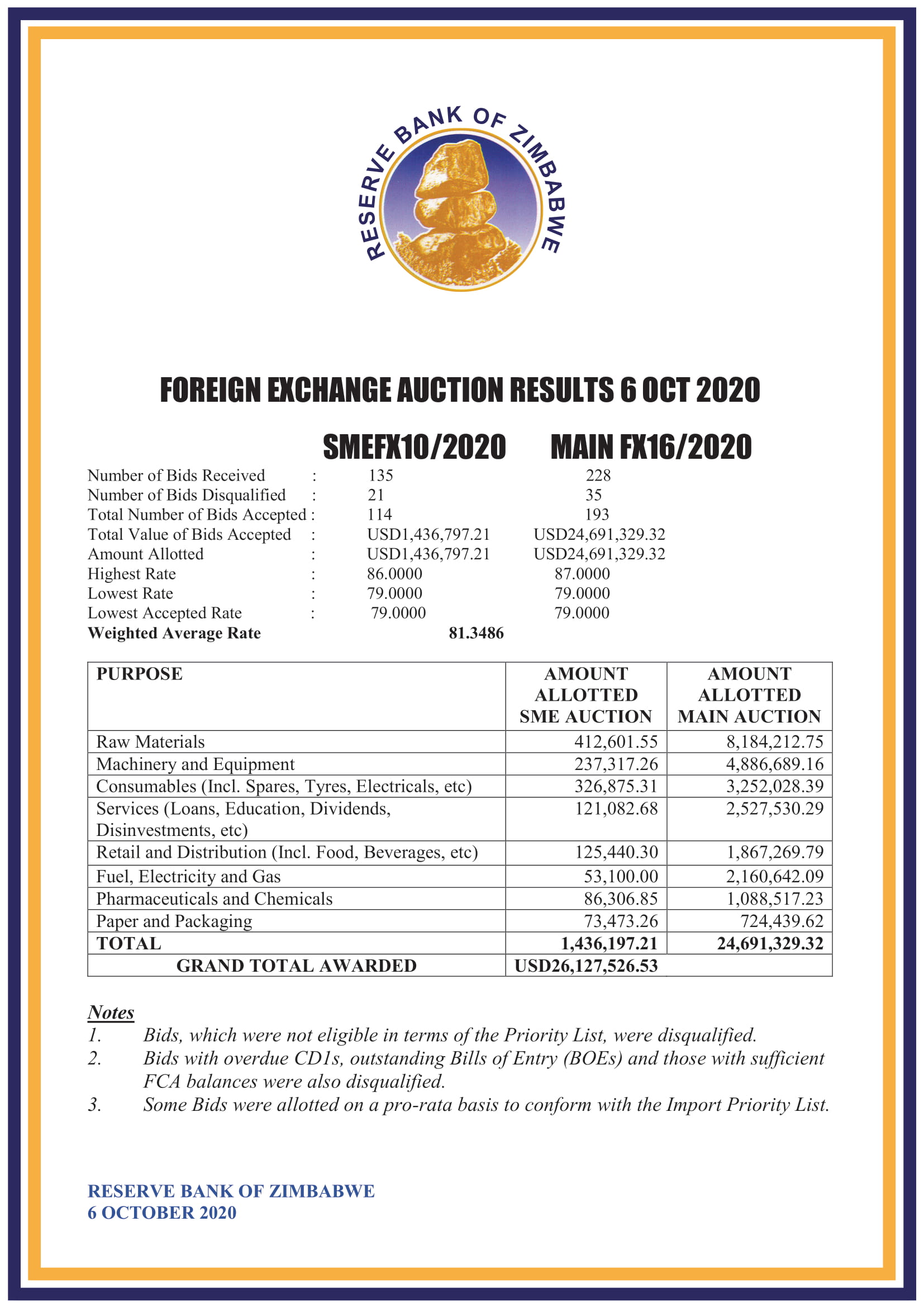