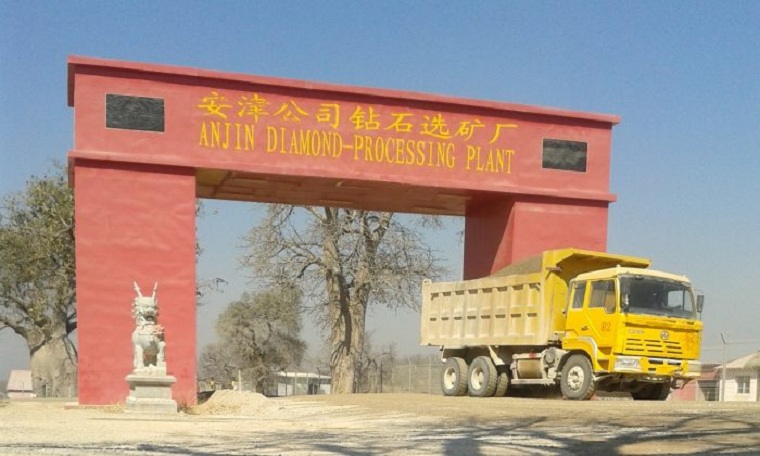 Zimbabwe’s diamond output is set to increase following resumption of operations by Anjin, a joint venture company between Chinese firm Afec and the Zimbabwe government.

Anjin ceased operations in 2016 after government ordered all diamond mining companies to stop production over concerns of widespread looting in the sector.

The government owned Zimbabwe Consolidated Diamond Mining Company then took over operations, but was allowed to secure partnerships with foreign companies to exploit diamonds.

Afec and Russian firm Alrosa were identified as partners.

Officially launching Anjin’s operations, President Emmerson Mnangagwa said the return of Anjin was a boost for the diamond mining sector.

“Due to the experience and expertise of Anjin, I am confident that the company will help in shaping Zimbabwe’s global competitive niche in the diamond sector,” he said.

Mnangagwa said Anjin had already made a new investment of around US$8 million for the resumption of operations.

The money, he said, was spent on repairing equipment which had been idle, construction of three processing plants among other developments.

The President said Anjin’s re-entry into the diamond mining sector was also a boost for Zimbabwe’s mining sector roadmap and strategy which seeks to achieve US$12 billion mining export receipts by 2023.

“Before the closure of this company and several others around here, this company alone was contributing plus minus US$200 million per annum to GDP, so with four years we have lost that including what other companies were contributing,” he said.

“We now have a strategy, a mining roadmap to achieve $12 billion by 2023. All indications point that we might achieve that goal earlier than expected. The current lull in the international markets for diamonds is temporary as a result of the current Covid-19 pandemic we however must remain resolute and prioritise value addition and beneficiation for maximum returns.”

Mnangagwa said more investment was needed in the diamond sector.

“The world over the diamond mining industry is one of the thriving industries with great potential to grow and sustain livelihoods; the subsector contributes significant percentage to export earnings and foreign direct investment. We are now aware of various deposits of diamonds in this country outside Manicaland and soon some of these places will be exploited.

“It is our desire that both local and foreign investors should come and take up investment opportunities within the diamond industry,” he said.

Despite discovering huge diamond deposits in the eastern parts of the country over a decade ago, Zimbabwe is yet to realise meaningful benefits from their exploitation.

Companies that were operating in the Chiadzwa area previously were accused of fuelling leakages at the expense of the country, especially following revelations by the late former President Robert Mugabe that the country could have been prejudiced of revenues amounting to $15 billion over the years.

While the figure remains contentious, no one has doubted leakages in the sector.

It is these past misnomers that the ZCDC and its new partners are seeking to correct through transparent extraction and marketing of the gems.-New Ziana