Zimbabwe Congress of Trade Unions calls on government to crack... 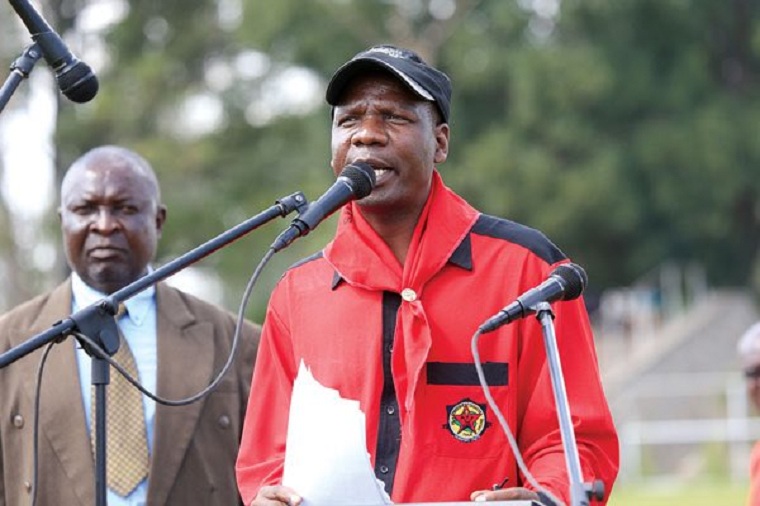 The Zimbabwe Congress of Trade Unions, usually a bitter foe of the government, has called on the government to crack down on businesses that are flouting dual pricing regulations by not using the ruling exchange rate when they set prices for their goods in Zimbabwe dollars.

Under the regulations, the government says businesses offering goods and services must display their prices in Zimbabwe dollars as well as United States dollars at the ruling exchange rate.

The ZCTU said it had noted with concern that some businesses were refusing to stick to the rules of the game by continuously flouting directives to use the official exchange rates in the pricing of products and services.

“Some are even refusing to display both prices in RTGS$ and the United States dollar as required by the law,” the ZCTU said in a statement signed by secretary general Japhet Moyo.

“In cases where these prices are displayed, one wonders what sort of rate they would be using.

“Their receipting is ambiguous and leaves consumers perplexed and confused.

“There are some who are not issuing out proper receipts and paperwork.

“The ZCTU believes there is a lot of cheating on statutory obligations that is going on.

“We urge the government to look into how business is operating at the moment with the aim of weeding out such malpractices that we believe (are) prejudicing both the consumer and the fiscus.” 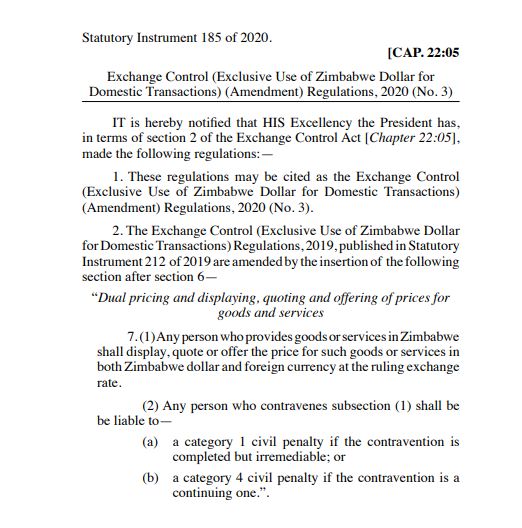 According to Statutory Instrument 185 of 2020, businesses that flout the regulations can be fined up to $24 000 plus$500 a day until the fine is paid.

The government last week promised to crack down on such businesses this week but none has been brought to book yet.

The Zimbabwe dollar has been appreciating against the United Dollar for the past six weeks but prices have not followed suit.

Finance Minister Mthuli Ncube said the premium on the black market rate of the Zimbabwe dollar against the United States dollar has dropped from 300 to 26.4% since the country introduced the foreign currency auction system on 23 June.

To receive Insider headlines just click on the link below: