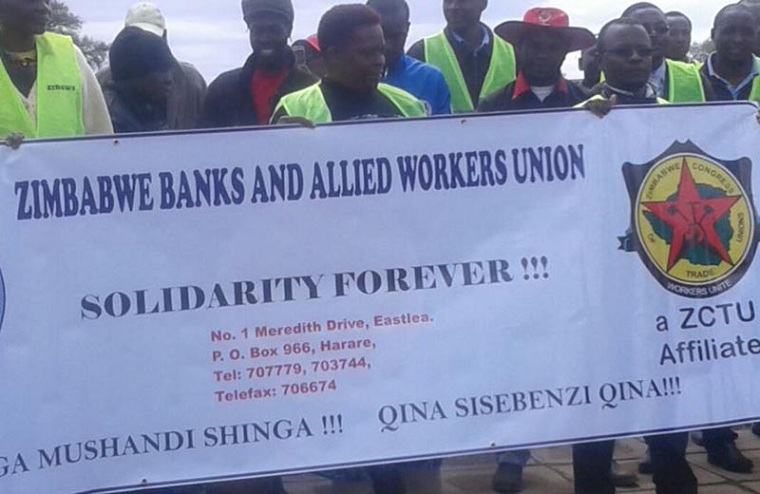 Zimbabwe bank workers have been offered a once-off 349% annual-pay increase by employers, falling far short of labor union demands and setting the stage for a potential legal challenge.

The proposal is in line with inflation figures released by the national statistics agency, the Banking Employers’ Association of Zimbabwe, which represents 17 lenders, said in a position paper seen by Bloomberg. It offered a minimum monthly salary of $26 112 (about US$318).

“The award is the full and final settlement for the year,” the association said in the position paper. “Any other interventions during the year will be dealt with at an institutional level as has worked out very well in the past.”

Zimbabwe reintroduced its own currency in 2019, after a 10-year hiatus, and has been battling bouts of hyperinflation and shortages of everything from foreign currency to food. Inflation slowed to 348.6% in December, after reaching 837.5% in July.

Ralph Watungwa, the president of the Bankers’ Association of Zimbabwe, confirmed the contents of the position paper, and said that employers were acting in compliance with industry agreements by matching year-on-year inflation.

“The employers are not moving from that position,” he said today.

The Zimbabwe Banks and Allied Workers’ Union said in its response that salaries are constantly being overtaken by inflation and increases are often wiped out within three months of negotiations.

Shepherd Ngandu, the assistant secretary-general of the union, said that “recourse to any lawful processes at their disposal” would be sought if workers’ demands weren’t met.-Bloomberg