Zimbabwe dollar steady against US dollar

The Zimbabwe dollar remained steady against the United States dollar appreciating by less than a cent to average 82.0833 at today’s foreign currency auction against last week’s 82.0914.

A total of US$35.3 million was allotted today, slightly less than US$35.8 million disbursed last week.

Only nine bids from the Small and Medium Enterprises auction and 29 from the main were disqualified.

Raw materials, machinery and equipment were allotted US$22.3 million.

Offers remained within range with the highest being $87 while the lowest remained at $80.

The local currency also remained within range at the Optional Market Implied Rate which today dropped slightly to $103.64.

It last met on 7 January and decided among other things to allow exporters to retain their foreign currency instead of liquidating it after 60 days, a move that is believed to have brought stability to the local currency. 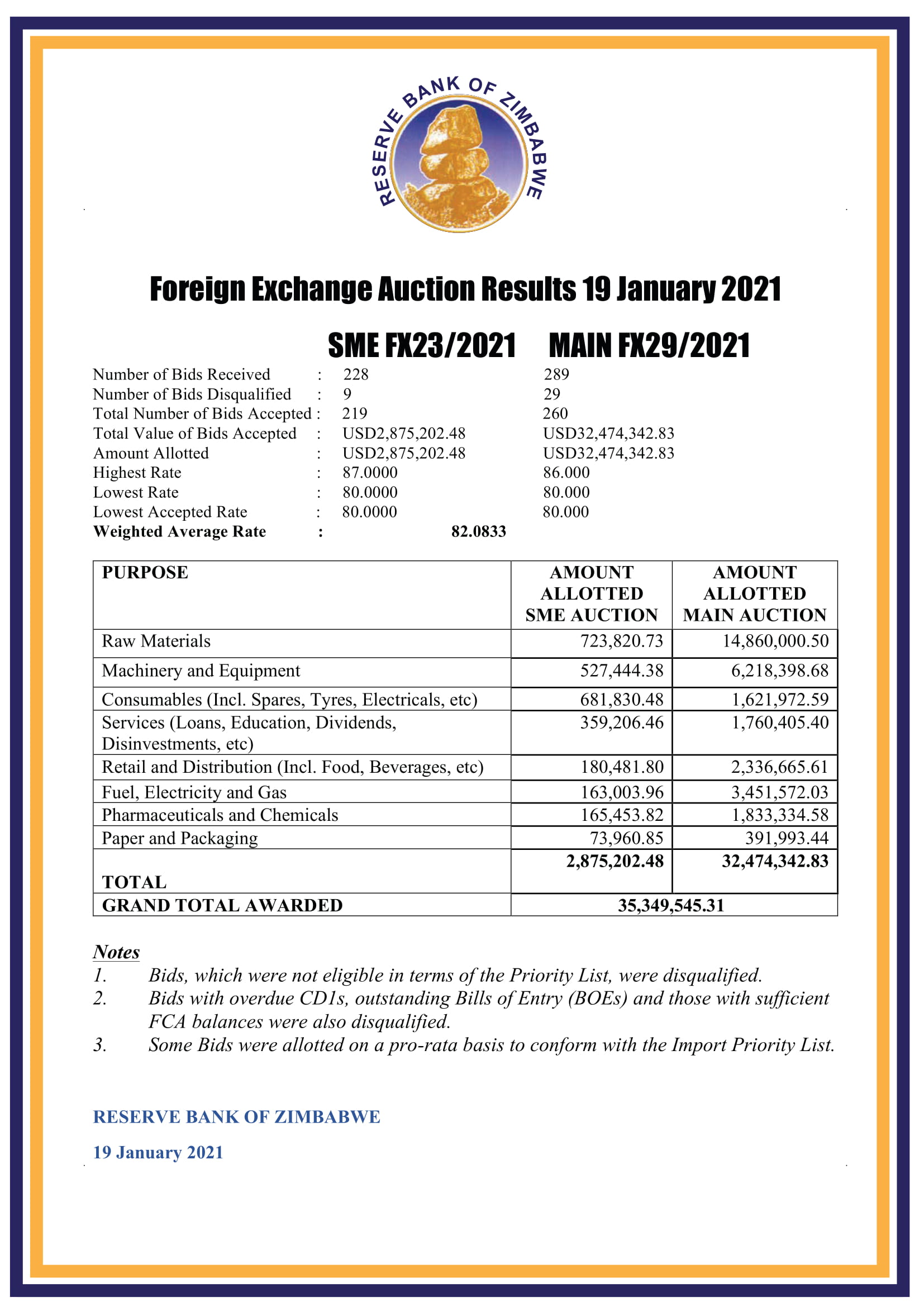