Zimbabwe back on track 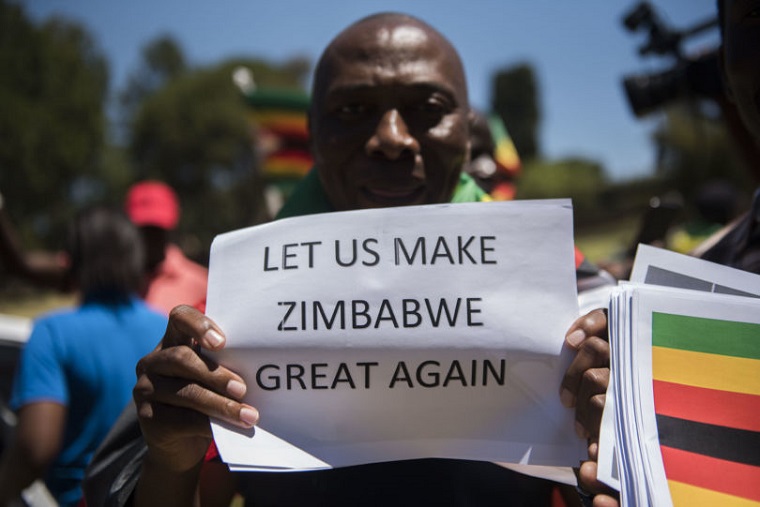 Zimbabwe still has a great deal to do, many important issues to tackle, but it is now back on track, says economist Eddie Cross.

Writing on his personal blog, Cross says President Emmerson Mnangagwa put the country back on track four weeks ago when he ordered Reserve Bank of Zimbabwe governor John Mangudya to float the local currency through the auction system.

“At 15.00hrs the statement came out and a week later the first auction was held,” he writes.

“The price came in at half the street rate at the time. In two days, local companies that had applied for currency on the auction and were successful, were paid.

“The impact on the system was seismic. We are now about to hold the fourth auction and the open market rate has fallen by 20 per cent to about 80 to one, reflecting more accurately the reality of our fundamentals.”

Cross says Zimbabwe was not re-dollarising by allowing people to trade in the US dollar. It was trying to re-establish the value of the local currency.

“Zimbabweans have assumed that because the State has allowed the use of harder currencies for local transactions, that we are re-dollarising in some form or another, that is not true,” he writes.

“We are trying to re-establish the value of the local currency because the fundamentals dictate that we should in fact have the strongest currency in the region, not the weakest.

“It takes a great deal of courage to stick to your guns in a blizzard like this, but if we do, when the sun comes out on the other side we will find ourselves in a different country.

“Still a great deal to do, many important issues to tackle, but we are now back on track.”

In an interview with The Insider, Cross said Zimbabweans should give the auction at least two months before they can pronounce judgment but it had made a good start.

“The process is completely transparent and we are very happy that the system at long last gives us a rate at which we are clearing the market,” he said.

He, however, said the banks needed to come in as they were present absent from the market.

“We are already meeting demand – that is why there are so few applications. We need the banks to come to the party – they are totally absent at present and if we do not see progress and participation we will have to take action,” he said.

Below is his full blog: