Zimbabwe activist sues US government in Gauteng High Court over... 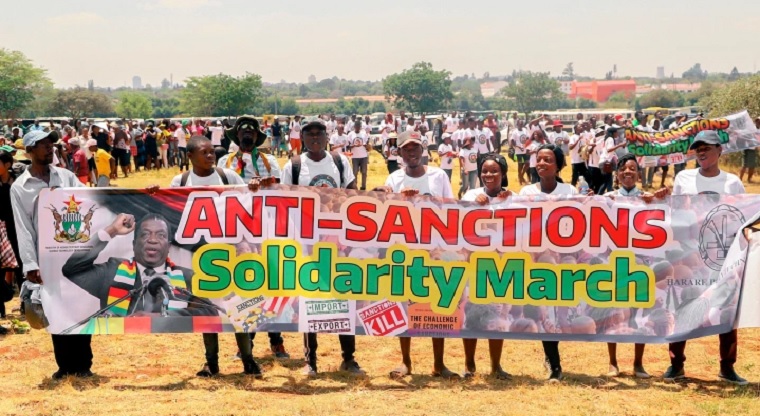 In a potentially ground-breaking international case, a group called the Zimbabwe Anti-Sanctions Movement (ZASM) on Friday filed papers in the Gauteng High Court asking it to declare US sanctions against Zimbabwe unlawful, unconstitutional and invalid.

If successful, the case could see the beginnings of normalised financial relations with South Africa’s northern neighbour. South African and international banks are reluctant to deal with Zimbabwe, even in cases where this is not explicitly prohibited, for fear of incurring heavy penalties from the US.

Among those cited as respondents are the US President, President of the US Senate, Speaker of the House, Treasury Secretary and several US and South African banking groups. The US banks cited in the case are Citigroup, Bank of America, Goldman Sachs, Morgan Stanley and Wells Fargo. Also cited are South African banks Absa, Standard Bank and FirstRand.

The court action in South Africa comes as the US and its allies impose sweeping sanctions against Russia and Russian companies over that country’s invasion of Ukraine. The US has drawn fire from human rights activists for targeting ordinary Russians as reports of anti-Russian xenophobia sweep parts of the West.

The ZASM court application says sanctions applied by the US on Zimbabwe prejudice ordinary Zimbabweans by denying the country access to international credit markets, and by cutting off international aid and donor assistance. South African banks such as FirstRand, Standard Bank and Absa are afraid to conduct business with Zimbabwe due to the risk of incurring civil and criminal penalties.

The ZASM quotes Zimbabwe’s richest businessman, Strive Masiyiwa, pointing out the perverse effects of sanctions on ordinary Zimbabweans. When presented with initiatives that could create tens of thousands of jobs, foreign investors and banks say they are afraid of violating sanctions and incurring massive penalties.

US sanctions were introduced in 2001 under the Zimbabwe Democracy and Recovery Act (Zidera) with the purpose of restoring order in the country after state-sanctioned land invasions and human rights abuses. The US restricts Zimbabwe’s access to international financial markets pending compliance with a range of electoral and human rights reforms, including the establishment of a biometric voter roll in both digital and paper formats, allowing opposition parties full access to state media, as well as a full accounting of diamond revenues since 2000. The law also requires Zimbabwe to embark on a process of national reconciliation and to compensate victims of human rights abuses.