Why passing the PVO Amendment Bill is so crucial for... 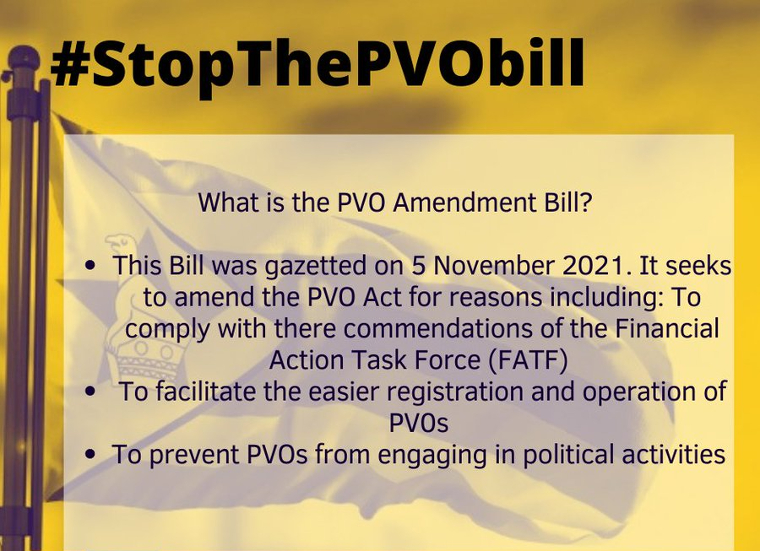 The passing of the highly contested Private Voluntary Organisations Amendment Bill is crucial to Zimbabwe because the regulation of non-profit organisations using the risk- based approach is one of the three outstanding recommendations made by the Financial Action Task Force to make Zimbabwe fully compliant with the Anti-Money Laundering and Counter Financing of Terrorism Framework.

This was said by the Minister of Finance Mthuli Ncube when he presented his 2023 budget last Thursday.

Ncube said Zimbabwe was fully or largely compliant on 37 of the 40 recommendations made by FATF to meet the global standards on combating money laundering and terrorism financing.

Zimbabwe was removed from the FATF grey list in March.

“The country’s legal and institutional framework for  combating money laundering and terrorism financing is now rated among the best not only in the region but globally,” Ncube said.

“Out of the 40 FATF recommendations, Zimbabwe is now rated amongst the 21 ESAAMLG

member countries as either fully compliant or largely compliant in 37 recommendations, after Mauritius.”

Ncube said that in order to ensure full compliance on the 3 outstanding FATF recommendations, the government was working to address the following:

He said that, in addition, measures meant to ensure improvements in detection, investigation and prosecution of money laundering and related financial crime will be enhanced.