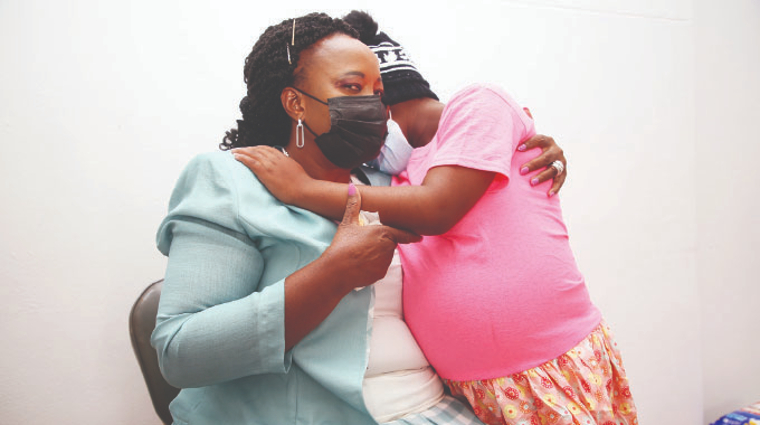 A 13-year-old cousin of the Tsholotsho, Zimbabwe, 9-year-old-girl who gave birth to a daughter by caesarian section at United Bulawayo Hospitals on 14 November, is the father of the child, DNA tests have proved.

The father of the girl was arrested in August after the young girl refused to say who had impregnated her but DNA tests excluded him.

Police said the girl and the boy are now receiving counselling from the Police’s Victim  Friendly Unit.

The girl made headlines early this month and was even visited by First Lady Auxillia Mnangagwa. 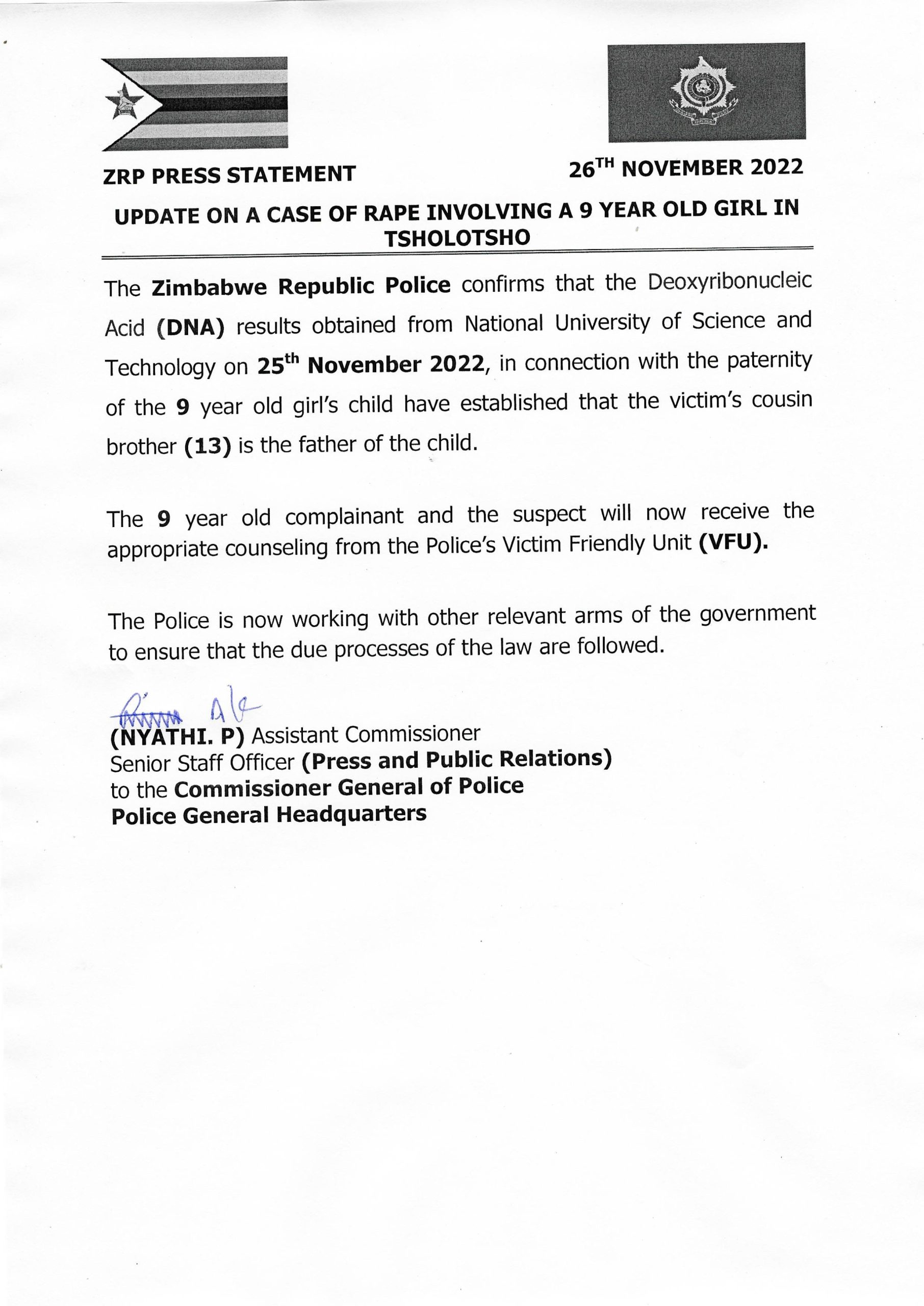