What Strive Masiyiwa gets away with 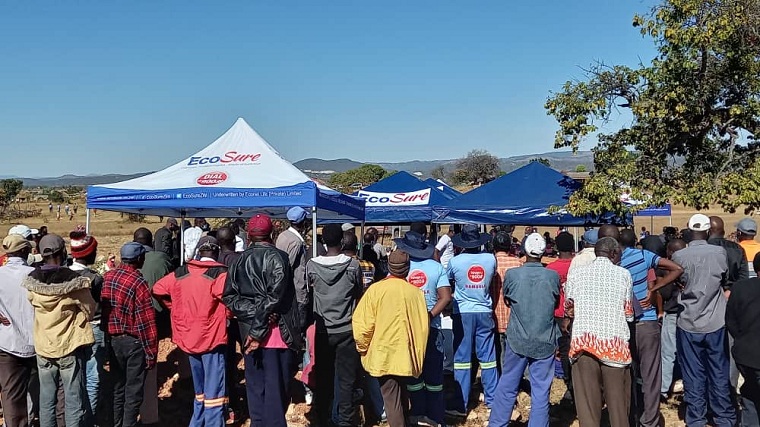 At 12:48 on 10 June my phone alerted me that $200 had just been deducted from my Ecocash account to pay my Ecosure premium. That was odd because I had paid the premium exactly a week before, on 3 June.

Six minutes later $2 000 had been wiped out after 10 deductions. They only stopped because the balance was down to $180.56 and I got a message that payment for my premium had failed.

There was no explanation, no comment, no apology. Total silence. To make matters worse I had lost a further $104.10 probably in transaction taxes and charges.

I was totally dumbfounded.

An Ecosure agent had phoned me a week earlier inviting me to take up one of their schemes and I told the agent I already had one.

I phoned the agent and before I had said anything he told me that there had been a technical glitch and that the payments would be reversed.

It was, however, not until 15 June that the first reversal was made at 5:50. There were four reversals of $200 each within a minute.

The juggling left me totally confused. But my simple calculation shows that there were only eight reversals so I lost $400 plus the $104 on the first day. The amount could be higher.

This was not the first time that Ecosure had made such a blunder.  It made headlines in March 2019 when clients complained that it had deducted premiums from their Ecocash accounts when they had not even registered with the insurance company. There was a media blitz about the deductions and Ecosure issued an apology. A half-hearted one if one reads it carefully. 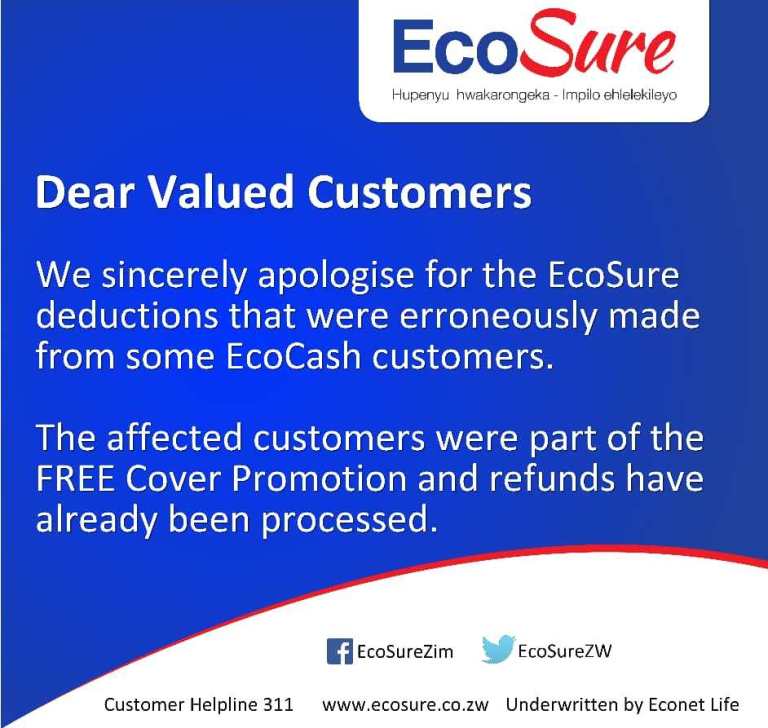