What a white man told me in Zimbabwe in 1980 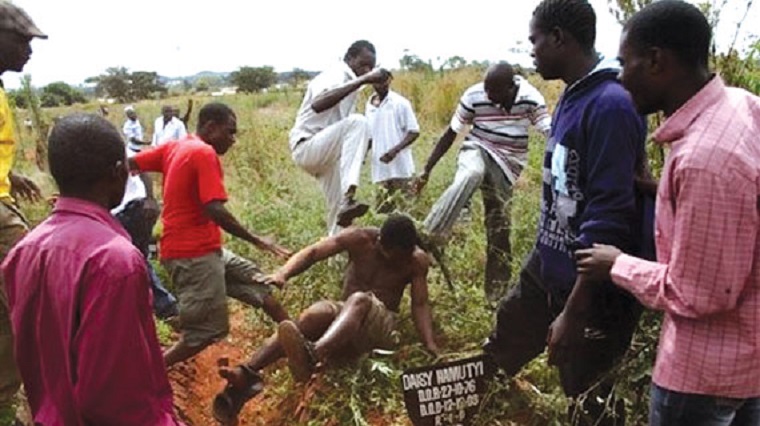 A colleague who was part of the  liberation struggle has recommended this thought provoking article by Thula Bhopela. Though it was written years ago, it portrays what is happening in Zimbabwe today. Enjoy the read:

”I have no idea whether the white man I am writing about is still alive or not. He gave me an understanding of what actually happened to us Africans, and how sinister it was, when we were colonized. His name was Ronald Stanley Peters, Homicide Chief, Matabeleland, in what was at the time Rhodesia. He was the man in charge of the case they had against us, murder. I was one of a group of ANC/ZAPU guerillas that had infiltrated into the Wankie Game Reserve in 1967, and had been in action against elements of the Rhodesian African rifles (RAR), and the Rhodesian Light Infantry (RLI). We were now in the custody of the British South Africa Police (BSAP), the Rhodesian Police. I was the last to be captured in the group that was going to appear at the Salisbury (Harare) High Court on a charge of murder, 4 counts.

‘I have completed my investigation of this case, Mr. Bopela, and I will be sending the case to the Attorney-General’s Office, Mr. Bosman, who will the take up the prosecution of your case on a date to be decided,’ Ron Peters told me. ‘I will hang all of you, but I must tell you that you are good fighters but you cannot win.’

‘Tell me, Inspector,’ I shot back, ‘are you not contradicting yourself when you say we are good fighters but will not win? Good fighters always win.’

‘Mr. Bopela, even the best fighters on the ground, cannot win if information is sent to their enemy by high-ranking officials of their organizations, even before the fighters begin their operations. Even though we had information that you were on your way, we were not prepared for the fight that you put up,’ the Englishman said quietly. ‘We give due where it is to be given after having met you in battle. That is why I am saying you are good fighters, but will not win.’

Thirteen years later, in 1980, I went to Police Headquarters in Harare and asked where I could find Detective-Inspector Ronald Stanley Peters, retired maybe. President Robert Mugabe had become Prime Minster and had released all of us….common criminal and freedom-fighter. I was told by the white officer behind the counter that Inspector Peters had retired and now lived in Bulawayo. I asked to speak to him on the telephone. The officer dialed his number and explained why he was calling. I was given the phone, and spoke to the Superintendent, the rank he had retired on. We agreed to meet in two days time at his house at Matshe-amhlophe, a very up-market suburb in Bulawayo. I travelled to Bulawayo by train, and took a taxi from town to his home.

I had last seen him at the Salisbury High Court after we had been sentenced to death by Justice L Lewis in 1967. His hair had greyed but he was still the tall policeman I had last seen in 1967. He smiled quietly at me and introduced me to his family, two grown up chaps and a daughter. Lastly came his wife, Doreen, a regal-looking Englishwoman. ‘He is one of the chaps I bagged during my time in the Service. We sent him to the gallows but he is back and wants to see me, Doreen.’ He smiled again and ushered me into his study.