Was Jonathan Moyo really saved by Grace or someone else? 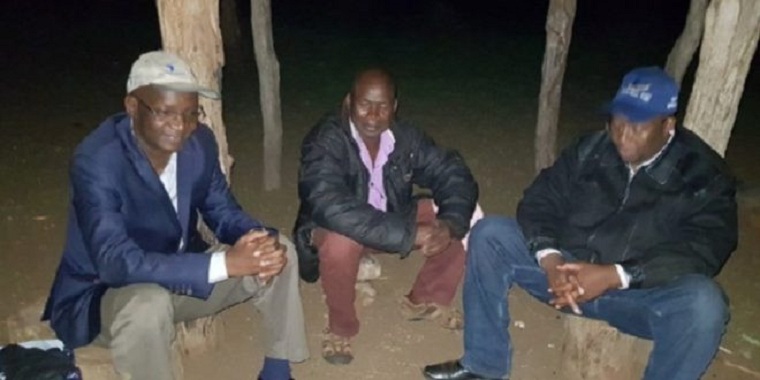 Former Higher Education Minister Jonathan Moyo has been at pains to tell the nation how he was saved by former First Lady Grace Mugabe, but his story just does not add up.

Last week, he tweeted: “#KusatendaHuroyi.  18 NOVEMBER 2017 was D-Day for us. We were surrounded. The junta was baying four our blood. But by the Grace of the Lord, Amai Mugabe saved us. On my & my family’s behalf, I wish to take this opportunity to express our profound gratitude to her. TINOTENDA AMAI!”

Apparently 18 November was the day Zimbabweans took to the streets to celebrate the military intervention.

In an interview with the British Broadcasting Corporation in January 2018, two months after his escape, Moyo said: “On the morning of November 15, around 2:30am Zimbabwean time, between 15 to 25 heavily-armed SAS (Special Air Service) soldiers came to my residence and they destroyed the gate and entrance to my house and shot their way into every room looking for me, but fortunately they didn’t find me and none of the members of my family were there because I had been forewarned the previous night that I should not spend the night at my house and that I should take every member of my family with me out of the house……

“When they came to attack Saviour Kasukuwere’s house about 2:30am on November 15, they subjected it to some 15 minutes of gunfire. Amazingly after 15 minutes they had surrounded the house and the sounds of gunfire just went silent and we waited there for about 10 minutes and there was no movement or sign of any presence of these special forces that had surrounded the house……

“I left Zimbabwe with the help of people, who to me are angels, because they saved lives and I am not at liberty to say who helped me, how they helped me and how I left Zimbabwe except to say I left Zimbabwe when President Mugabe was President of the country and I left with the assistance of these people legally. I managed to escape the net of the military people and to be where I am legally.”