UN rapporteur calls for lifting of sanctions on Zimbabwe

The United Nations special rapporteur, Alena Douhan, who was in Zimbabwe for 10 days to assess the impact of sanctions on the country, has called for the lifting of sanction on the southern African country because they are hurting the poor.

In her preliminary findings, Douhan said the United States and other countries that had imposed sanctions on Zimbabwe should instead hold talks on political reform, human rights and the rule of law and “should abandon the rhetoric on sanctions as an advocacy tool”.

Zimbabwe has been under sanctions since 2001. They are reported to have cost the country about US$50 billion.

The United Sates argues that the sanctions are not hurting the poor because they are targetted at named individuals and firms.

The Zimbabwe government and churches say they are hurting the poor and not those people that the sanctions are purported to be targetted at. 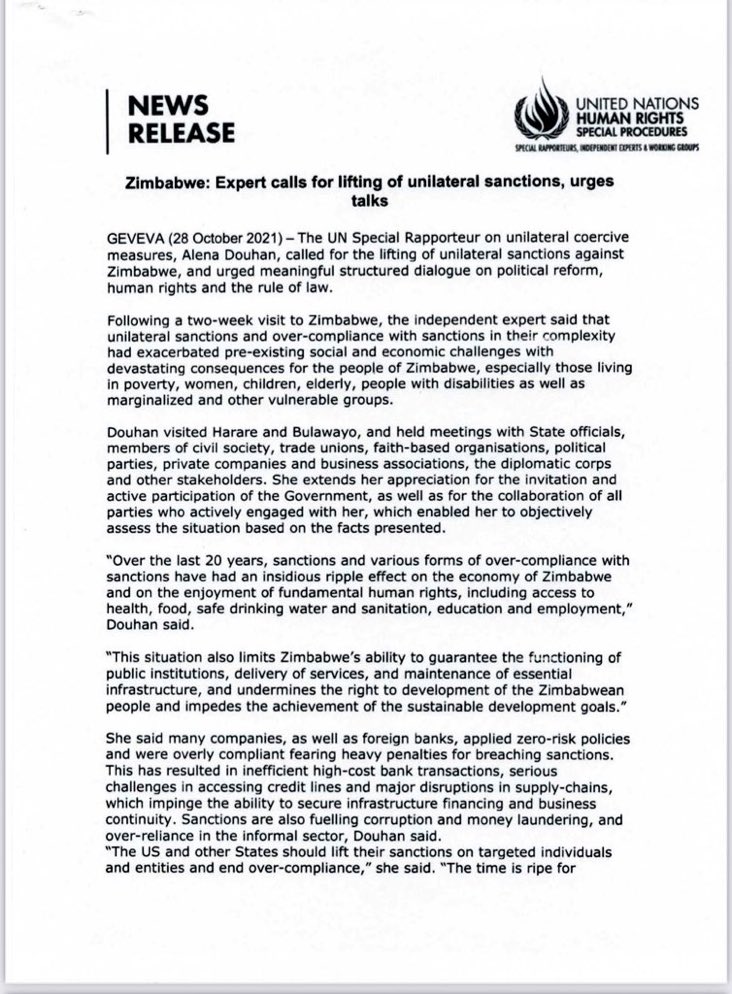