The good, the bad and the alarming: Hichilema’s first 100... 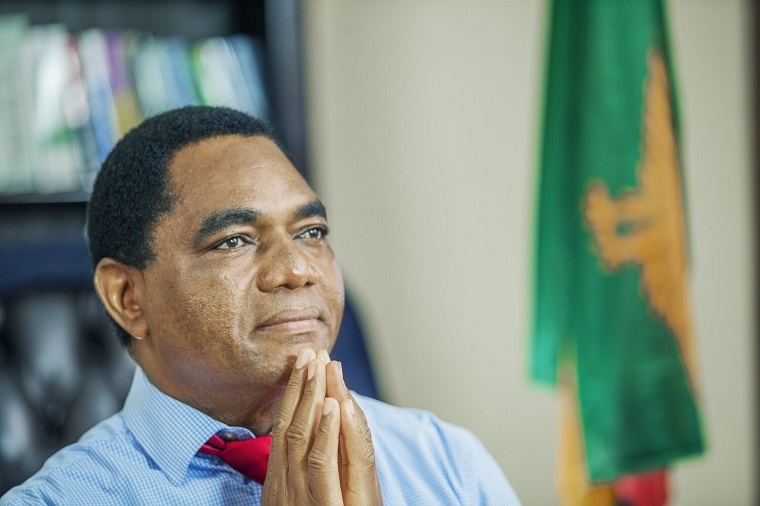 December 2, marked exactly 100 days since Hakainde Hichilema was inaugurated as President of Zambia. After a decade and half in opposition, the leader of the United Party for National Development (UPND) defeated the incumbent Edgar Lungu in elections on 12 August 2021. He took office 12 days later.

Hichilema’s successful election campaign was aided by his opponent’s unpopularity and a set of promises to change course. He vowed to tackle the erosion of democracy and human rights, address high unemployment especially among the youth, and rebuild an economy faltering under the weight of huge debt, government incompetence, corruption, and effects of the Covid-19 pandemic. Hichilema also pledged to reverse the breakdown of rule of law, the lack of diversity in public office, a politicised and ineffective civil service, rampant corruption, poor governmental communication with the public, and Zambia’s weakened voice in international affairs.

100 days into the new presidency, there are some hopeful signs of progress on some fronts as well as some highly alarming signs of broken promises on others.

Of promising steps towards progress, many of which are still on paper, five stand out.

First, Hichilema has developed a clear strategy aimed at fixing the economy and its debt crisis through better fiscal management and accountability. Meanwhile, the appointment of the well-regarded Situmbeko Musokotwane as Finance Minister, the internationally respected Denny Kalyalya as Governor of the Bank of Zambia and the experienced Felix Nkulukusa as Secretary to the Treasury strengthen the country’s ability to secure an IMF package. Such a bailout would help Zambia attract foreign direct investment, reassure ratings agencies, and re-negotiate debt payments.

The government’s 2022 budget is also positive and bold. It promises to recruit 30 000 new teachers and 11 200 healthcare staff, increase social expenditure, support small businesses, and invest more attention in agriculture. It also vows to decentralise resources, including by increasing the Constituency Development Fund from K1.6 million ($90,000) to K25.7 million ($1.4 million). And it abolishes school fees for state schools, making good on the UPND’s promise of free education.

Hichilema’s government continues to face several economic challenges, however. In mining, the government has formulated a better mechanism of collecting royalties, which had been a perennial source of conflict with extractives companies. But questions remain, stemming from the previous administration’s takeover of the Glencore-operated Mopani copper mines and its handling of the liquidation of the Vedanta-owned Konkola mines. It remains to be seen whether the new administration will return these mines to previous owners or seek new investors. There are also still question marks over how the government will finance its plans, especially after reducing taxes. It is betting on economic growth and improved revenues from copper, but Zambia’s economy is precarious and failure to reach a deal with the IMF or a fall in copper prices could lead to a dramatic collapse.