Something needs to be done about the chaos at the... 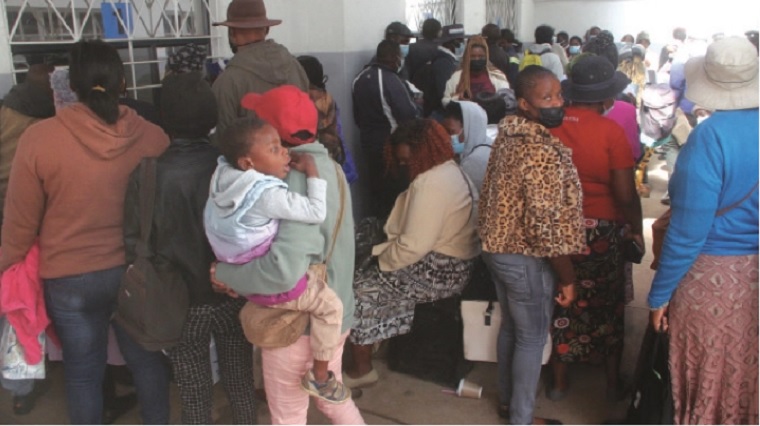 When I applied for a new e-passport in Bulawayo recently I was told it would be ready within seven working days. It was not. I got it after 14 working days, a 20-day wait in total.

That was not the problem because, at least, I was better off than some of my colleagues who waited for two years but never got their passports but were told to cancel those applications first and apply afresh. One of them, who got his together with me, got it after five working days this time.

My problem was the chaos at the passport office. The application process was much smoother than the collection. It took me two hours to file my application, but after waiting for the seven working days and not getting the SMS to collect my passport, I went to the passport office and had to queue for five hours only to be told that the passport was not yet ready, I should come back after three days.

I would have thought that I would be given preference on the next visit. I was not. I had to join the queue.

The process was so chaotic that I wondered why people were asked to queue in the first place because someone would come and collect your identification documents or your bank receipt and just throw them into a basket.

After that they would come and hand back people their IDs, then they distributed forms to sign, and those first to sign and handing back their forms went on top of the queue, thus totally trashing the system of first come first to be served.

Things were worse when I went back the second time. It took me six hours to get the passport.

I could not understand why they did not serve people following the queue, a few maybe five or 10 at a time.  Instead they collected IDs and receipts from 40 to 50 people at a time. This totally destroyed the order people had set by joining the queue.

The only reason I could think of was that this made it easier to serve those who paid to jump the queue.

A colleague in the queue even quipped that Zimbabweans seem to enjoy seeing people in long queues, it proves that they are at work. At the same time it promotes corruption.