Reserve Bank of Zimbabwe says forex auction has disbursed US$2.6...

The Reserve Bank of Zimbabwe has finally released the list of beneficiaries of the foreign currency auction system which shows that it has disbursed US$2.6 billion to 7 325 entities since the start of the auction on 23 June 2020.

The bulk of the money, nearly US$2 billion, was allotted this year.

The bulk of the funds, 62%, went towards the payment of raw materials, machinery and equipment.

The figures released by the central bank, however, show that most companies are using their foreign currency accounts to pay for goods. Out of the US$6.7 billion paid out this year, US$4.4 billion, or 66%, was from FCA while 29% came from the auction. The interbank market only contributed 5%. 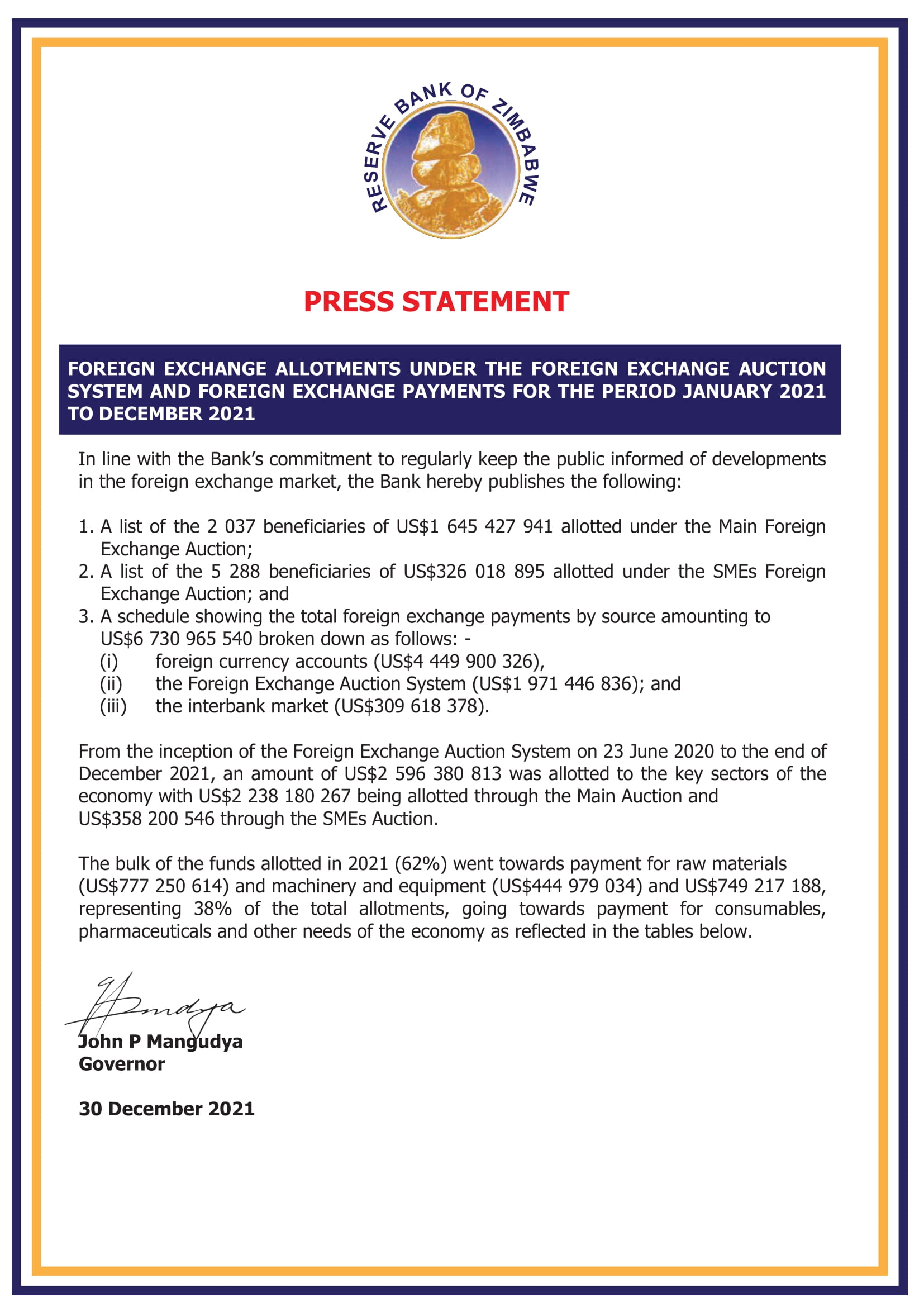