People involved in human trafficking to Kuwait should be hanged-... 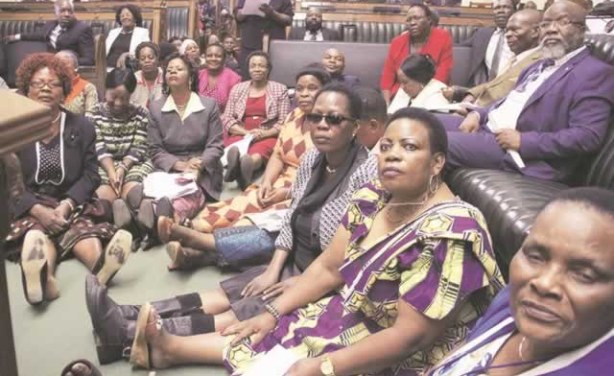 The people involved in trafficking women to Kuwait where they are often abused should be hanged and the Kuwait embassy in Harare should be closed, a Member of Parliament said last week.

Contributing to the motion of human trafficking to Kuwait, Hurungwe East legislator Sarah Mahoka said since some of the people involved in human trafficking were Zimbabweans they must be brought back to the country and hanged because they would continue their inhuman trade as long as they were alive.

“Those people who are recruiting children in Kuwait should be repatriated to Zimbabwe for trial and sentencing because they are Zimbabweans who are doing this,” she said.

“I think they should be sentenced to death because as long as they are there and alive, they will serve their sentence, be released and continue abusing the girls and promoting human trafficking.  These people now have a lot of money and can use their money and influence to ensure lesser sentences.  I think they should just be sentenced to death.”

Mahoka also said the Kuwait embassy in Harare should be closed because the Kuwaitis had not shown any remorse over the tragic abuse of Zimbabwean women.

About 150 women are said to be in Kuwait where they were promised lucrative jobs but ended up being abused, some being forced to sleep with as 10 men a night.

“I think the Kuwait Embassy should be closed.  We cannot come here, demonstrate and sit on the floor yet the Embassy is working and communicating with their people in Kuwait.  They are the ones that are responsible for this human trafficking, so we need to close down that Embassy,” she said.

Members of Parliament refused to sit on their seats in the Lower House in sympathy with the abused women.

“The Embassy is actually making us a laughing stock because they have not proffered an apology and nothing has been done.  So if we do not embark on any action then we are not doing anything; but if we close that Embassy, we will have started action,” Mahoka said.