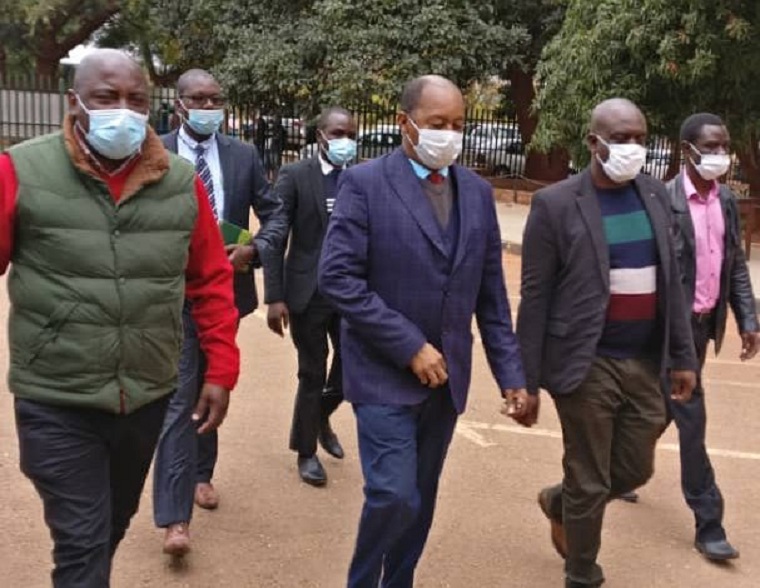 Zimbabwe’s Health Minister, Obadiah Moyo, was today charged with corruption related to the irregular awarding of a big contract to a new Dubai-based company for coronavirus testing and protective kits but was released on $50 000 bail.

Moyo, 66, was arrested yesterday following investigations brought by the country’s anti-graft commission, which accused him of criminal abuse of office in connection with the multi-million-dollar contract.

In all Moyo faces three charges of abuse of office, two of which date back to last year for the supply of general medical equipment to public hospitals.

He was not asked to enter a plea but ordered to return to court on July 31.

In the latest case, he is accused of trying to coerce the treasury to pay for 15 000 coronavirus test kits that were being held at the airport.

Upon inspection, the finance ministry found there were only 3 700 kits by Drax International, a company that had failed to pass minimum government procurement standards.

“The accused acted contrary to or inconsistent with his fiduciary duty,” said magistrate Munamato Mutevedzi.

“The accused’s actions showed favour to Drax,” he added.

The deal was allegedly signed without the legal consent of Zimbabwe’s procurement registration authority.

In March, authorities in Hungary — where Drax Consult SAGL is registered — flagged a suspicious $2 million deposit into the company’s accounts, drawing anger from the opposition Zimbabwe party Movement for Democratic Change.

On Thursday the MDC condemned alleged state corruption following suspicions over a $2-million-dollar payment to a company for anti-coronavirus equipment.

Last week, the government ordered that all contracts for medicines and other items from Drax be cancelled, according to the state-run Herald newspaper.

The independent online Zimbabwe Mail reported that when suspicious payments in Hungary were flagged to Interpol, the company opened a new branch in Dubai, from where it sent a new invoice of almost $1.0 million.

That was “to be paid into an account in the African tax haven of Mauritius,” the report said.

Mutevedzi barred Moyo from interfering with witnesses, who include senior permanent secretaries from the health and finance ministries.