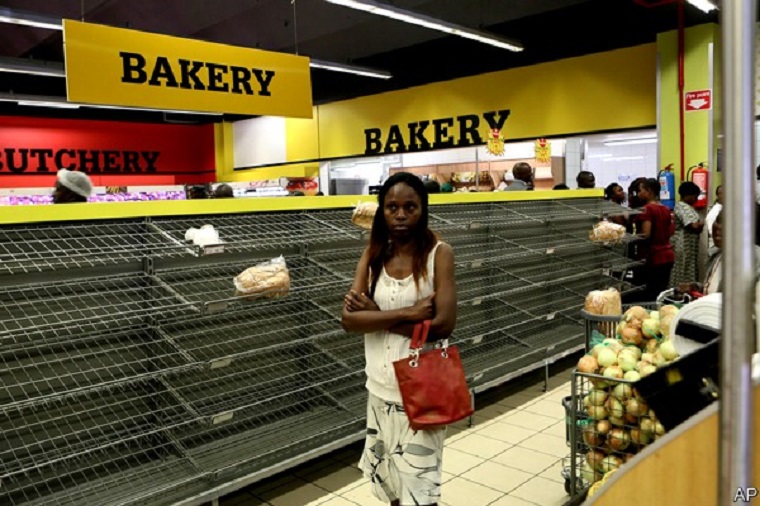 Zimbabwe Finance Minister Mthuli Ncube has ruled out enforcing price controls despite the escalating prices of goods in the shops saying it does not work and would be a disaster.

Responding to questions in Parliament today, Ncube said: “One thing that we could not do by the way, is price controls; that would be a disaster.  It never works.”

He said that the government was working on narrowing the gap between the official and parallel market rate as it allowed people arbitrage in that they obtained foreign currency at the official rate but charged goods on the black market rate.

The government did not condone this but it was difficult to deal with it.

“You know when there is arbitrary opportunity, often that tends to be shared through the ecosystem.  So in terms of collusion of individuals and companies – it is happening.  That makes it difficult to enforce the law through a single point and we have to attack the whole ecosystem if we want to succeed,” Ncube said.

The official rate is now $105 to the United States dollar while the black market rate is between $175 and $200.

HON. DR. KHUPE: Thank you Mr. Speaker Sir.  My question is directed to the Minister of Finance and Economic Development.  Hon. Minister, prices of basic commodities have astronomically gone up beyond what many families can afford and it is very clear that as we move towards the festive season, prices are going to be increasing even more higher to the extent that even with bonuses, workers will not be able to touch and feel those bonuses.  What measures are you putting in place to mitigate against these price increases so that at least people can afford to buy something even as they are going to be receiving bonuses?  If you do not do anything, people will not be able to touch and feel those bonuses.

THE MINISTER OF FINANCE AND ECONOMIC DEVELOPMENT (HON. PROF. M. NCUBE): Thank you Mr. Speaker Sir.  I thank the Hon. Member for the question on the galloping prices which are hurting the poor.  It is certainly true but the causes have been largely the gap between the parallel market and the official rate.  So, the first order of business is to tackle that gap between the parallel market and the official auction rate.  We have put in place several measures.  First of all, is to eliminate the gap that exists in the allocations on the auctions.  We did that successfully this week where Treasury stepped in to clear the backlog making sure that there is certainty and credibility around the auction.

The Central Bank issued a statement yesterday attesting the fact that we had cleared this backlog as Treasury.  The way we do it is not that we are handing money over to the private sector through the auction but rather we are exchanging the USD that we have that we collect from taxes for the ZWL that we need to settle civil servants’ salaries and other ZWL needs.