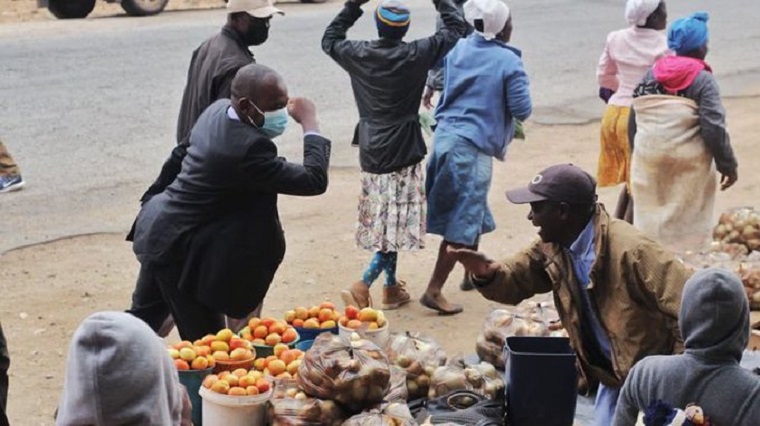 President Emmerson Mnangagwa’s spokesman George Charamba has threatened to expose the shenanigans of opposition leader Nelson Chamisa claiming that he has a recording of an altercation between Chamisa and his security detail.

Chamisa, who recently toured Masvingo and Manicaland, said he was attacked by Zimbabwe African National Union-Patriotic Front hooligans in Masvingo and was shot at in Manicaland.

“We have recordings on an altercation between Chamisa and his security detail who tries in vain to knock sense into the drama-comedian!!! We shall release it in due course zvedu!!!!!,” Charamba who tweets under Jamwanda2 wrote.

He said the Movement for Democratic Change Alliance leader did not want any elections and was trying to derail the 2023 elections.

“IN CASE YOU DON’T KNOW: Chamisa haadi maELECTIONS. GET IT FROM ME. ZVESE INCLUDING THOSE BACKING HIM. THEY WANT A HOLDING POSITION WHILE THEY HOPE HE RECOVERS LOST GROUND. NOTHING WILL BE SPARED TO DERAIL 2023: PSEUDO-EVENTS ON NEVER-NEVER VIOLENCE; ELECTORAL SABBATICALS; NTAs…and DESTABILISATION OF OUR CURRENCY,” Charamba said.

“Meanwhile we determinedly forge ahead with preparations for elections, starting with COVID-19-stalled by-elections!! We did not make appointments for full ZEC for nothing. Voter registration, delimitation are set to start soon. Antics or no antics, ZIMBABWE GOES POLLING!!!

“Phoney challenges on the President’s legitimacy and much more court cases to stop elections being mulled, ZIMBABWE GOES A-POLLING. KNOW THIS ALL YE MEN AND WOMEN!!!!!”

Yukonmtetwa responded: “But kana ari nothing as you are saying why waste time on him. Move on suyanai naye n go after a better oposition. Uyu haana basa uyu. He is not even the official opposition.  Haana MP, Cllrs, Party name and even Party building.  Ignore him vacharamba.”

Zimbabwe has several vacant seats that were created after some legislators were recalled by the Movement for Democratic Change-Tsvangirai after the Supreme Court ruled that Chamisa’s leadership of the opposition was illegitimate.

Thokozani Khupe who became leader of the MDC-T after the court ruling recalled some legislators and so did Douglas Mwonzora when he took over leadership of the party.