Mnangagwa says NGOs that peddle foreign interests and agenda will... 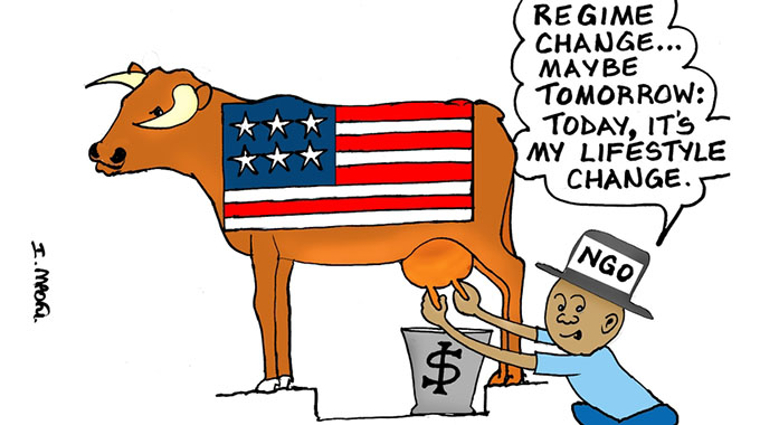 Zimbabwe President Emmerson Mnangagwa today warned non-governmental organisations that peddle foreign interests or agendas that they will be banned and kicked out of the country once the Private Voluntary Organisations Amendment Bill, which is before Parliament is enacted into law.

Writing in his weekly column in the Sunday Mail, Mnangagwa said: “I am ready to sign this Bill into law once Parliament has done its part. It is a law which has countless siblings in different jurisdictions, including those of Governments counselling and urging us against it.

“Honest and well-meaning NGOs have nothing to fear. They will be allowed to go about their humanitarian work, without let or hindrance.

“Those peddling or saddled with foreign interests and agendas have a lot to worry about; we will act on them once we establish they have betrayed their mandate. This includes banning and kicking them out of our country,” he said.

Mnangagwa called for peaceful elections next year but insisted that the elections will be monitored by Zimbabweans and their African colleagues. All others will just be observers.

“Let me remind our external partners that Zimbabwean elections are only monitored by Zimbabweans. Outsiders only observe our elections. It is a matter of respecting our sovereignty, and of complying with international practices,” he said.

“We undertake and commit ourselves to running clean, transparent, free and fair elections,” Mnangagwa said.

“No violence will be tolerated, whether before, during or after elections. Every citizen must feel safe and secure enough to cast his or her vote, in an environment of total peace, which must abide long after the plebiscite.

“No democracy, no development takes place under conditions of division, conflict or senseless contestation. Our country is in a hurry to meet its Vision 2030.”

We are less than three months to year-end. This means we are about to begin 2023, the year during which Zimbabwe goes back to the polls.

Since independence, our country has religiously stuck to its electoral calendar. Next year will not be an exception. Such discipline should be ingrained deeply in our national political and electoral character; it makes for lasting stability.

As in 2018, Zimbabwe will hold elections in the full glare of world attention. This is our pledge as the Second Republic. We have nothing to hide, and I will ensure government invites the international community to observe our elections.

However, no observer mission invites itself; or seeks to impose its own timetable on us. Everything will run according to the times we prescribe as government, and in terms of our national laws, policies and goodwill.