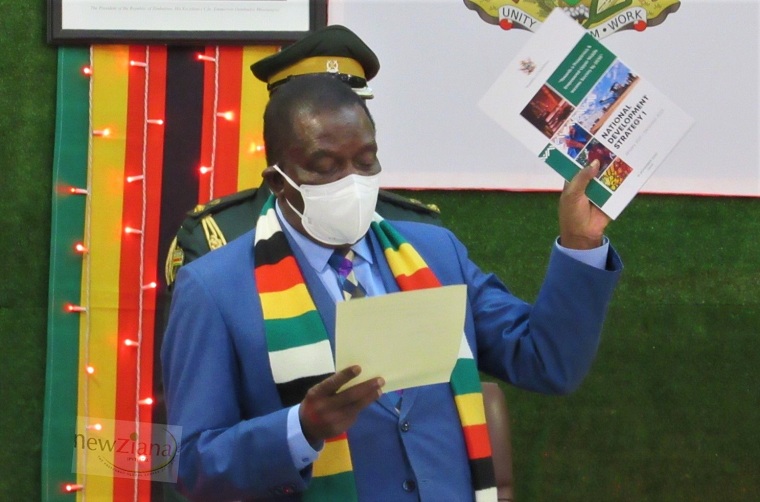 Zimbabwe President Emmerson Mnangagwa has kept the nation on suspense after announcing that he would be looking at the successes of 2022 to celebrate how far Zimbabwe had come.

Mnangagwa, who is on his annual leave until the end of this month, posted on his twitter handle on 4 January: “I will be taking a look back at the successes of 2022 this week in order to celebrate how far Zimbabwe has come and learn from our great journey.”

He only posted one project, the same day, the Gwayi-Shangani dam which is expected to improve the lives of the people in Matebeleland North and end the water woes of Zimbabwe’s second largest city, Bulawayo.

“I want to recognise the successes of the last year, beginning with the groundbreaking progress we have made at the Gwayi-Shangani Dam. We are making the lives of Zimbabweans better each and every day,” he said and has not posted anything else since.

Political observers believe that Mnangagwa will be using projects as his rallying point ahead of the harmonised elections set for July or August this year.

“Mnangagwa is not as great an orator as his predecessor (former and late President) Robert Mugabe, so he is going to use projects to speak for him,” one observer said.

“One thing to his credit, though, is that he has not embarked on populist, short-term projects, clearly indicating from the word go that he was not a one-term president. He has embarked on long-term projects such as the Gwayi-Shangani Dam, the Beitbridge -Harare-Chirundu Road. This was a clear indication that he was in it for the long-haul.”

One of his staunchest supporters, economist Eddie Cross, who authored his biography, though at the time he was a key member of the opposition, even at one time blamed Mnangagwa for having a bad public relations team.

Cross told South Africa radio in May 2021 that Mnangwga had done a great job of transforming Zimbabwe but the world did not know about this because he was a lousy politician and a poor communicator.

“I am deeply critical of people like the IMF who have feet on the ground here. They know exactly what’s going on. They get information from our system every week, every day almost. And they know damn well what’s happening and they can see the consequences and they have given them (Mnangagwa’s administration) absolutely no credit for it whatsoever,” he said.